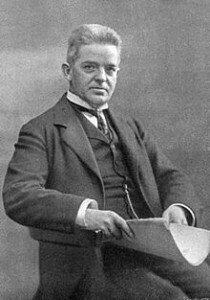 Carl Nielsen’s Symphony No. 5, Op. 50 premiered in Copenhagen on 24 January 1922. When a reporter asked him on the day of the premiere about the subject or title of the work, Nielsen replied, “It is nameless… The only thing that music can express when all is said and done: the resting powers as opposed to the active ones. If I were pressed to find a name for this, my fifth symphony, it would express something similar.” Further expanding on the idea of a drama of energy and release, Nielsen suggested the image of a stone being rolled up a hill. “The rock is now in place, the powers are now tied until I kick the rock, and those same forces are triggered, and the rock rolls down. With this symphony I have done it this way by making only two movements instead of four.” 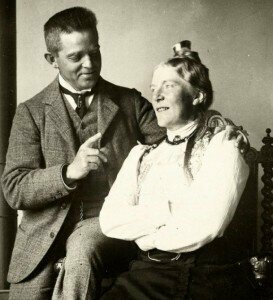 This unconventional and highly original work was a long time in the making. Nielsen had purchased a summerhouse in 1918 in northern Denmark to serve as a refuge for him and his extended family and friends. He also hoped that this summer retreat might help to mend the strained relationship with his wife Anne Marie. After a brief visit, she wrote, “Dear Carl. So, what should I actually write? … I have only one prayer, let’s get it over with as quickly as possible. I want my freedom back.” In due course Anne Marie went to Italy, and Nielsen to Leipzig and neither had the desire to meet again. This bent-up negative energy was finally being released in 1921 in Copenhagen when Nielsen stayed at a friend’s house. He had simple conversations with the gardener. “They would chat every day, “play a card game or simply sit down on the bench and drink a beer while enjoying the vision and sounds of nature around them.” As such, the emotionally tense months are clearly reflected in the first half of the 5th Symphony, while the second half promises the release of energy Nielsen described to the reporter.