Opinion
Must We Have Music With Everything?
by Frances Wilson August 11th, 2019 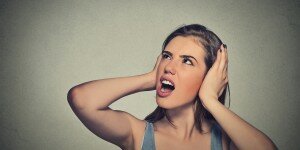 Music seems to be everywhere these days, from cafés, bars and restaurants to shops, hotels, stations and airports, leaking out of other people’s headphones and earbuds, and more recently in banks and even the waiting room of my doctors’ surgery. We joke about muzak, “lift music” and “hotel lobby music” – that particular genre of genre-less “easy listening” which quickly grates and irritates – but in recent years music in places where people congregate, often to socialise, seems to have become more and more intrusive. It seems that we can’t function without some kind of continuous soundtrack to our daily lives.

David Fleming: Portuguese Man of War
I admit I am particularly noise-sensitive. This may be because I’m a musician, who in recent years has started to suffer from tinnitus, but I think it is more to do with the fact that when I go out to eat or to a winebar I am nearly always with other people with whom I wish to socialise: “background music”, often too much in the foreground these days, can be intrusive and distracting, and is often so loud that it is almost impossible to have a normal conversation without raising one’s voice.

The purveyors of such music (and there is a whole sector of the music industry associated with providing playlists for restaurants, bars and shops etc) and those who play it, claim that music provides “atmosphere”. In the retail environment, music can and has been used to influence shoppers’ buying decisions, while classical music played in places where youths like to loiter is used to deter them from hanging around (and has been proven to work).

In a recent British newspaper article, acclaimed cook and food writer Nigella Lawson says that music in restaurants “is utterly draining. And it drowns out the taste of the food”. It also prevents people from talking to one another during the course of a meal – and surely restaurateurs should be celebrating the convivial, social aspects of dining out? I prefer to hear the sounds of other diners, chatting, enjoying their meals and I have on occasion asked the waiting staff to turn down the music, often to the relief of other diners.

Then there are television soundtracks…. There seems to be another arm of the music industry devoted to producing dramatic/atmospheric music to help “explain” the narrative, particularly in nature programmes: shimmering darting motifs for shoals of shiny fish, a ponderous melody suggesting the power and weight of the elephant, dark menacing sounds herald the arrival of a shark, chattering bird songs…. In programmes like The Great British Bake Off in the moments before the results of each round are announced the music moves from cheery to portentous, reminding us that Something Important Is About To Happen. Programme makers clearly think viewers cannot follow the action/content without some very obvious music to “tell the story” or “explain” what is happening.

Morricone: The Mission – Gabriel’s Oboe
Of course soundtracks can be original, powerful, imaginative and appropriate, and some of the best classical music being written now is for film soundtracks. It’s unusual to watch a television programme or film these days where there is no music at all – British film director Joanna Hogg’s ‘Exhibition’ is one such example, where the lack of a soundtrack make the drama (which is itself very understated) all the more intense – and a carefully-crafted soundtrack can do a great deal to enhance the narrative and action.

But in restaurants and bars, shops and public spaces, please let’s “turn it down” or “off”, and instead treat music with the respect it deserves: it is there to be listened to and enjoyed, not simply as background noise or “musical wallpaper”.