Endless staircases, blocked passages, heavy machinery with unknown power, figures trapped in dead hallways: you’re in the world of Giovanni Battista Piranesi and his world of imaginary prisons. The Carceri d’invenzione of Piranesi were begun in 1745 and the first prints appeared in 1750, followed by a second edition in 1761. 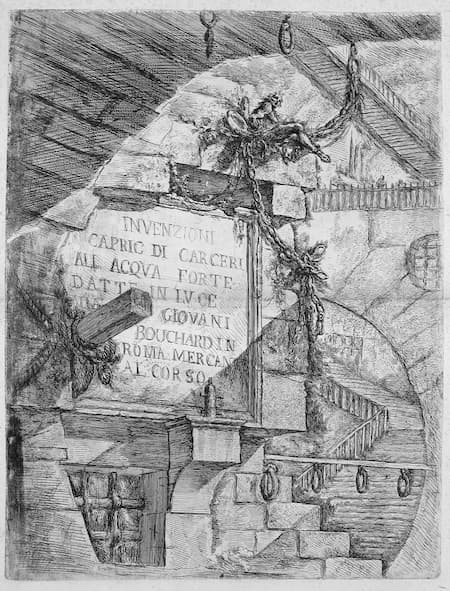 The images are populated by our fears – underground passages of great construction, wooden walkways above terrible depths, bound prisoners in precarious positions. 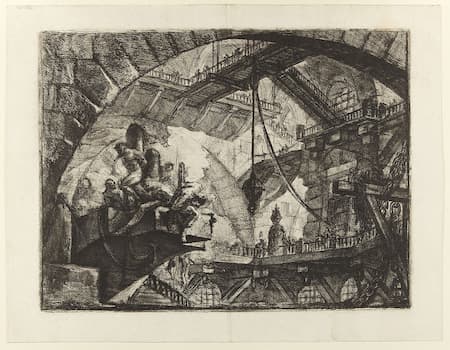 The architecture is monumental and creative, but can only be imagined as having been built with the worst intentions. 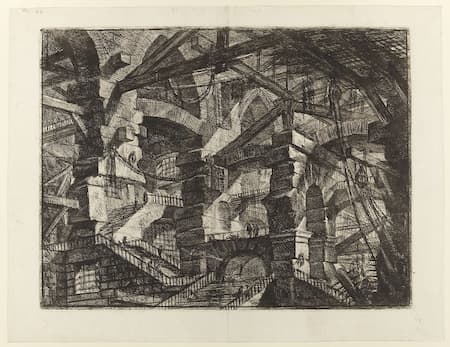 Piranesi is most famous for his views of classical antiquity around Rome: preserving the extant structures in his drawings with a deep understanding of the methods of construction that have lasted over the centuries. At the same time, he had to use his imagination to recreate the world of the past in a way that would permit viewers to place themselves into the space. When it came to creating his set of very unusual prints about his imaginary prisons, it was imagination that came to the fore.

Every drawing has figures placed in them to help us imagine the scale of his monumental spaces. In The Gothic Arch, you can see figures on the staircase and on the landings that show us that the bottom arch, for example, is about 3 figures high, or about 6 meters high – and that’s just the one small arch in an enormous space.

The British composer Brian Ferneyhough was inspired by Piranesi’s drawings to create his Carceri d’invenzione cycle. If you consider the composer as someone whose work moves between formal structure and fantasy, then Piranesi’s work fits that model.

Ferneyhough’s Carceri d’Invenzione cycle was composed between 1981 and 1986. It is made up of 7 compositions for solo instruments, solo instruments and chamber orchestra and works for chamber ensembles of various sizes.

The composer found Piranesi’s work a ‘masterly deployment of layering and perspective which gave rise to the impression of extraordinary immediacy and almost physical impact.’ It also reflected his believe that ‘all expression in art in some way derives from limitation.’ One of the indicative ideas in Piranesi’s work is that of his lines of perspective: the multiple lines, they are often in conflict, and sometimes seem to carry one beyond the edge of the page. In the same way the composer has his limitations in the range of his instruments and of the skills and technical abilities of his performers. Time flow, in terms of measures with changing meters, measure length, and use of note subdivisions, can change in an instant.

Superscriptio, for solo piccolo, inspired one writer to say that it ‘…focuses around the idea of borders and boundaries evoked by the high sound of the piccolo. It almost seems to reflect beyond these borders which fade in and out of view,’ and we see these same ideas in the Piranesi drawings – how far back to these prisons extend? 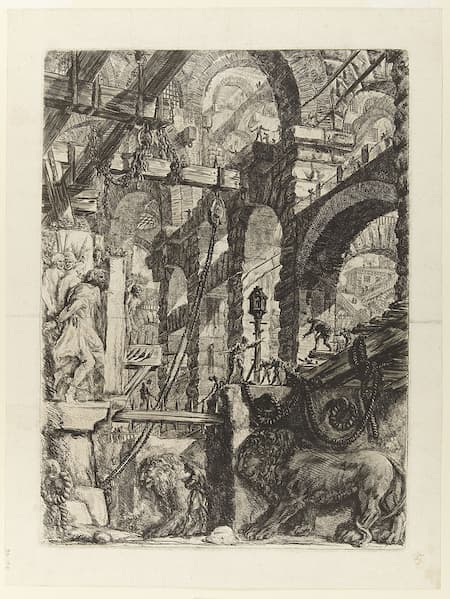 Carceri d’Invenzione I is a work for chamber ensemble.

In this premiere recording of Carceri d’invenzione II, the flutist is challenged by range, by time, and technique. The performer is asked to create whistle tones, multiphonics (playing and singing different notes at once), and microtonalities, all the while dealing with tempo and rhythmic subdivisions.


The final work, Mnemosyne, is named for the goddess of memory. Her daughters were the 9 muses, including Euterpe, the muse of music, song and lyric poetry. Across all the parts of the Carceri cycle, the flute has been the unifying instrument – from the piccolo in the first one to the bass flute in the final one. 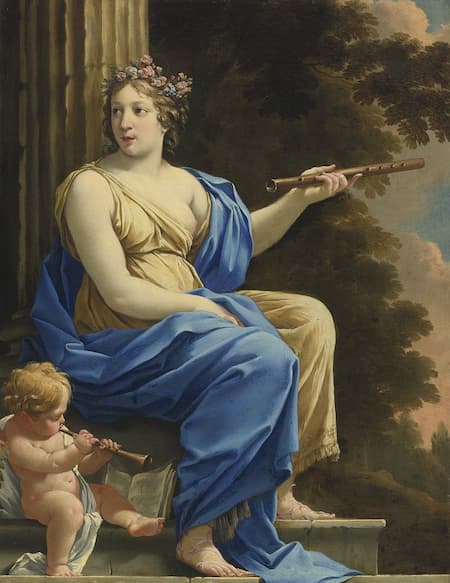 
These are difficult works that illustrate a difficult concept in art. Imagination is to the fore and reality has to take a back seat in these works. Piranesi’s imaginary prisons force us to try and resolve his problems in perspective, but only at the cost of our own rationality. And so Ferneyhough challenges in a similar way – the limitations of the instruments and the technical demands on the performer will also give us a changing perspective.