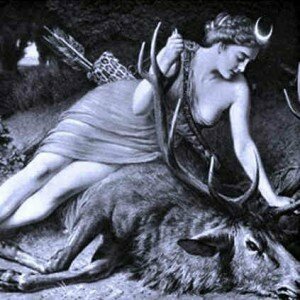 For most of human history, hunting meant survival! As such, it’s hardly surprising that civilizations throughout the ages held gods and goddesses associated with the hunt in particularly high regard. Artemis, the daughter of Zeus was the Greek goddess of both hunting and childbirth, while Cernunnos was the protector of the forest and master of the hunt in Celtic mythology. And while the Aztecs looked towards Mixcoatl for their hunting fortunes, the Romans worshipped Diana. Associated with wild animals and woodland, Diana had the power to talk to and control animals. She was the guardian of the forest, carrying a bow and wearing a short tunic. In iconography, she is frequently depicted as a beautiful young woman surrounded by wild animals.

When Johann Sebastian Bach was looking to musically set a suitable birthday text for Duke Christian of Saxe-Weissenfels—who was by all accounts a rather keen hunter—he quickly evoked the goddess Diana and some of her fellow deities. And since Bach had access to a large instrumental ensemble, including the obligatory hunting horns, it all ends in a rousing and cheerful finale. 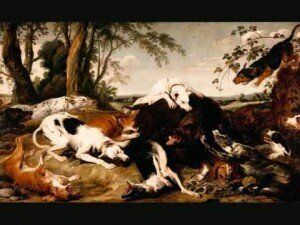 Leopold Mozart was a rather ambitious and highly talented musician working within the structures of the classical patronage system. He was a highly proficient violinist, and wrote one of the most influential pedagogical manuals for the instrument. In addition, he was a prolific composer supplying works for both court and chapel.

The playful “Hunting Symphony” for 4 horns and shotgun is shaped by Leopold’s predilection of musical naturalism. This simply means that the typical instruments of the ensemble are enriched by less common musical sounds—like the firing of a shotgun—to convey the story. As you know, Tchaikovsky had the same idea in a much grander style in his 1812 Overture! 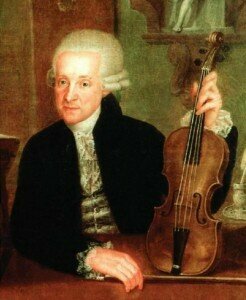 Besides gunshots, Leopold’s hunting symphony also features people shouting and dogs barking, all specified in the performance directions. Leopold writes, “First, the horns in G should be played quite raucously, as is customary during the hunt, and as loudly as possible. A hunting horn may also be used. Secondly, there should be several barking dogs, and other performers are to shout together, but only for six bars.” 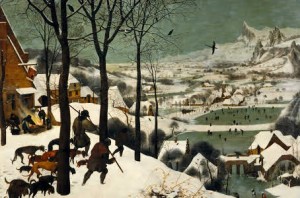 Antonio Vivaldi’s Four Seasons is based on four poems the composer authored himself. And the concluding “Allegro” from the concerto titled “Autumn” makes highly specific references to hunting. Hunting was the favorite pastime for Vivaldi, and his music playfully portrays the gathering hunters. The solo violin imitates the sound of the hunting horn, and a series of musical dialogues describes all facets of the hunt.

The hunters, at the break of dawn, go to the hunt.
With horns, guns, and dogs they are off,
The beast flees, and they follow its trail.
Already fearful and exhausted by the great noise,
Of guns and dogs, and wounded,
The exhausted beast tries to flee, but dies. 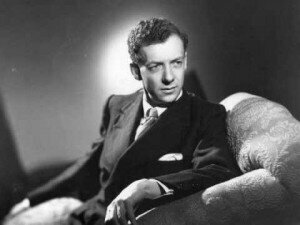 During his schoolboy days, Benjamin Britten had to produce a graduating thesis on the subject of animals. Britten forcefully opposed the practice of blood sports, and suggested, “that the brutalizing effect of such activities was a cause of war.” When Britten received a commission to compose a work involving orchestra for the 1936 Norfolk Music Festival, he conceptually returned to his animal essay. W.H. Auden assembled the text for an orchestral song cycle for high voice and orchestra, and Britten titled the work Our Hunting Fathers. It depicts the interaction of animals with humans as pests, pets, accomplices, and prey. “An anonymous ancient exorcism against rats, a mocking lament for a rich spoiled woman crying over her sick monkey, and a “Dance of Death” wherein a huntsman calls to his pack of dogs and falcons to urge them to capture their prey.” It was Britten’s first large work for orchestra, but it never managed to gain a strong foothold on the concert platform.