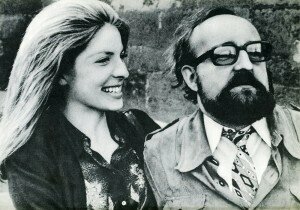 I don’t know if you agree, but The Exorcist (1973) and The Shining (1980) are two of the most iconic horror movies ever to flicker across the silver screen. These are all about scary imagery, ranging from a twisting and vomiting head to a crazed caretaker chasing his wife and daughter through an isolated wintery setting. But what makes these motion pictures supremely scary is the way they combine powerful visual images with a no less scary soundtrack. And the respective film directors William Friedkin and Stanley Kubrick knew exactly what they wanted in terms of soundtrack. 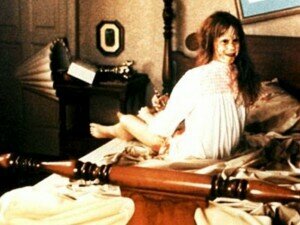 That turned out to be Krzysztof Penderecki’s Polymorphia, premiered on 16 April 1962 by the North German Radio Hamburg. An early study in sonic timbres, the work takes its name from the Greek “poly” meaning many, and “morph” meaning form. In the context of the composition it apparently refers to “a broadly deployed scale of sound…the exchange and simultaneous penetration of sound and noise, and the contrast and interflow of soft and hard sounds.” 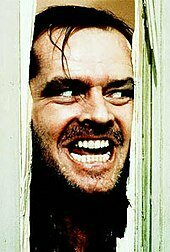 These sound events substitute melody with dense clusters, microtones and sliding glissandi. And did I mention a number of completely new effects, including striking the strings with the open hand, or hitting the desk with the bow? And you might be interested to know that the viola line was inspired by the curve of an electrocardiogram! 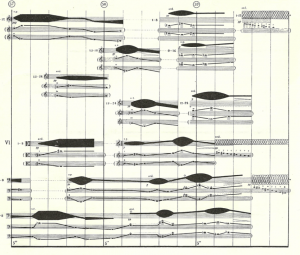 It comes as a big surprise that the last chord of the piece is a pristine C major. Penderecki wrote, “How many blows fell on me after writing this C major? … Nobody understood this… And I started composing from him (…) First, I wrote this C major, and then I wrote the song back.” As such, the C-major chord is the nucleus of the entire composition, which concludes a seemingly unpredictable sequence of total “sonorism.” To communicate his tumbrel effects, Penderecki abandoned the traditional notation system and invented his own graphic notation to keep the ensemble of 48 stringed instruments in line. Hardly music for a romantic evening out, but it certainly goes well with horror movies!