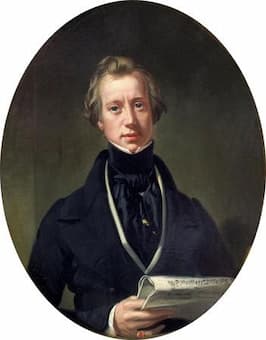 The English actor, pianist, artist, comedian, songwriter and singer John Orlando Parry (1810-1879) started his career as a singer, harpist, and pianist. He knew and sang with the leading musicians of the day, including Maria Malibran. As a comic actor he was unsurpassed and in his comic music composition, songs such as My déjeuner à la fourchette (1844), Don’t be too particular (1868), and Take a bumper and try (1874) were never going to be serious. None of his music is recorded today.

We found, however, a little book of musical terms by Parry. When you consider his knowledge of music and his career as an artist, this book is a perfect combination of both those talents. 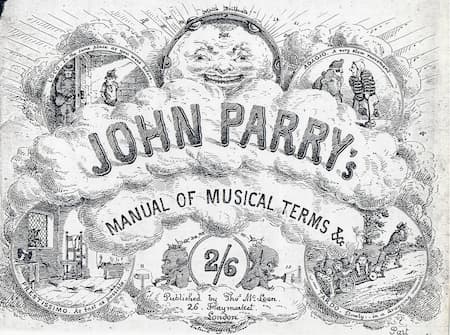 John Parry’s Manual of Musical Terms and Various Other Subjects Connected with Music Art (to give the full title), published in 1863, redefined musical terms with humor. The foreword states ‘The following whimsical “readings” of Music Terms, etc., etc., will, it is hoped, not only prove amusing but also instructive to the Young Pupil’s studying the Art by impressing the meaning of the words on the mind and forming altogether a sort of agreeable Artificial Memory. J.P.” 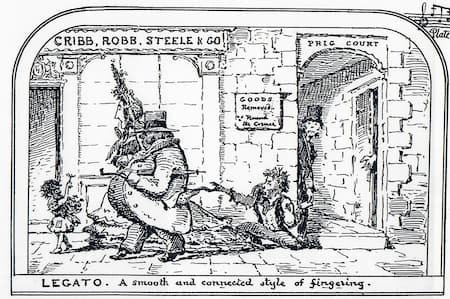 
Accelerando is defined as ‘Quicker and Quicker’ as a man slides down a steep slope. 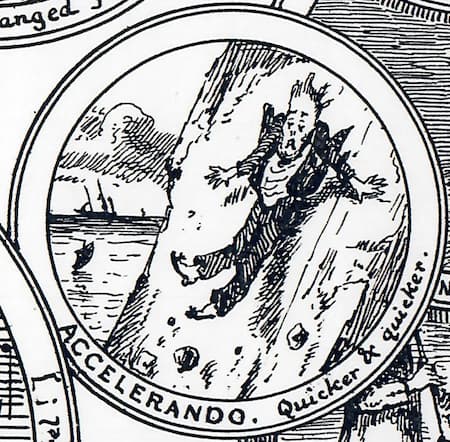 
The Nonetto gives us two definitions at once. In one case, it’s nine vocal performers, and in another, it’s the relative ranges of 9 singers – from the basso profondo down the well to the soprano assoluto at the top of the church tower. We can see the relative closeness of the alto and contralto and the difference between a tenor and a baritone 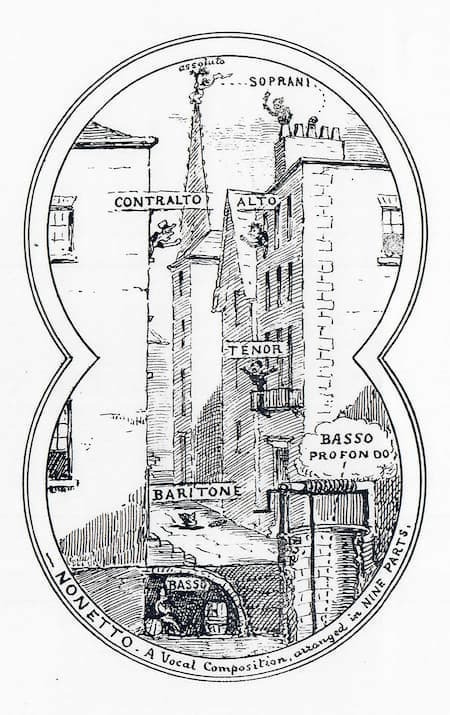 Moto Contrario, ‘contrary motion’ is illustrated with two rowers at opposite ends of the boat, rowing in two different directions, a wagon with a horse on each end pulling their own direction, a windmill with men on the sails, two ships sailing at each other each with the wind at its back, two gunmen shooting in different directions with the bird between them, and at the top, two dogs with their tails tied together. Contrary indeed! 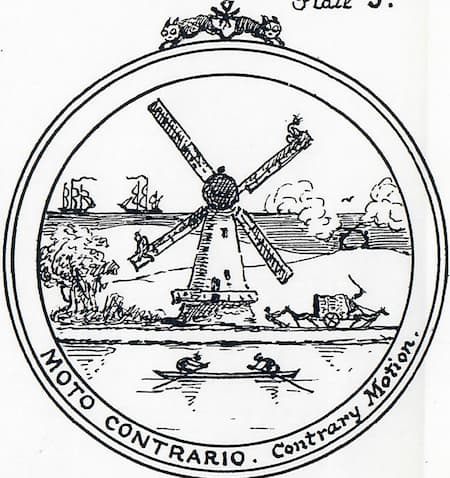 
Crescendo and Diminuendo, ‘Increasing and diminishing the sound’ is shown by a choir of all size who, in height order, give us the scale going up, and then La-La-La all the way down. In the middle, a woman with a wig shows what ‘Altissimo’ might mean.


The Armonica, or Glass Harmonica as we know it today, is shown by a man with a watering can falling through a glass frame, used for helping vegetable to grow in the spring. 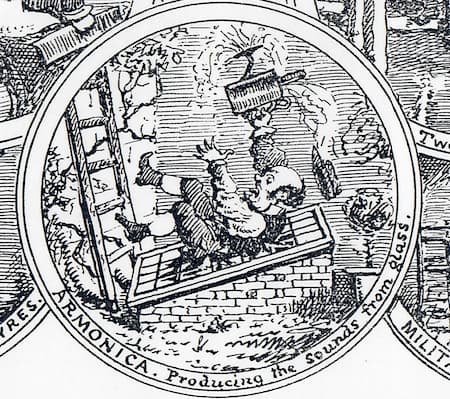 
FO, or Full Organ, ‘Very loud Indeed’ is illustrated with Jack the Giant Killer (or Jack and the Beanstalk) and the giant (Fa, Fe, Fi, FO, Fum, I smell the blood of an Englishman!!). Jack, shown on the left, posing perhaps as Britannia, shield at the ready to counter the giant. 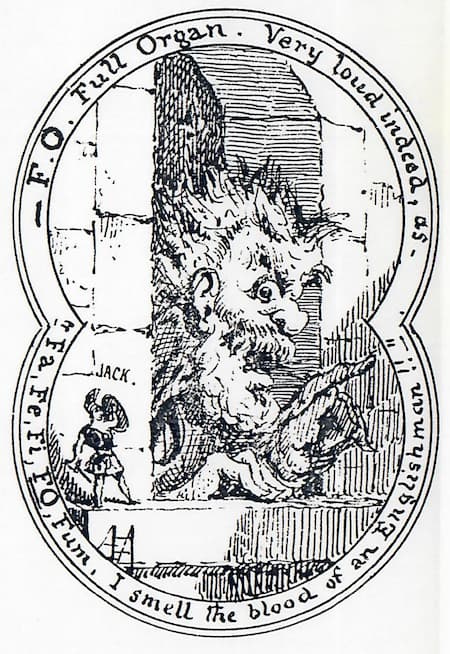 The plight of the short organist is illustrated in Senza (Without the pedals).

Other illustrations of ‘Elementary Works on Music’ illustrate a large-eared man for The Tuner’s Assistant and for Schloss’s New Method of Learning the Guitar in One Lesson!, a beginning guitarist is learning to play extremely quickly because of all the guns of brigands bringing to bear on him. 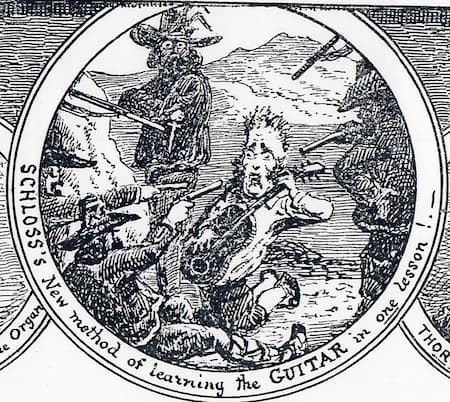 The One Bar Rest shows exactly how useful a stile across the path can be. 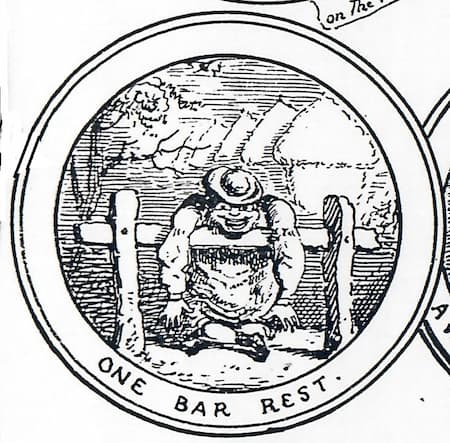 As befits the 19th century, the pictures aren’t always in the best of taste and tend to be bit low in their humor, but you’ll never forget the difference between Crescendo and Diminuendo again!