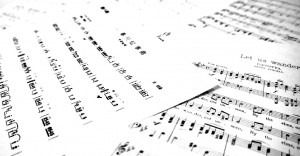 Pianists Nancy Loo and Mary Wu will be collaborating as a duo alongside a stellar line-up of Hong Kong musicians for the first concert, ‘Musical Interflow’, of the Hong Kong Music Series in London. Interlude spoke to the two musicians about the concert and their love for music.

You will be opening the inaugural Hong Kong Music Series in London with the concert Musical Interflow. Can you tell us more about this concert please?

M: Well, it involves a combination of musicians, including some singers, string players and Chinese music ensembles. I think the Arts Development Council had the idea of presenting something to celebrate the 20th anniversary of the handover of Hong Kong back to China, and they had organised a Manhattan Music Festival a few years ago, so they thought of launching this series. This is one of many events held to celebrate the anniversary this summer.

How did you choose your programme?

N: We were asked to select one piece by a British composer and one by a Chinese composer. Lo King-man [Artistic Director] chose a piece by Hong Kong composer Meilina Tsui and we decided on two movements, Venus and Jupiter, from ‘The Planets’ by Holst.

M: It was really a matter of how much time everyone was given – it was quite difficult to find the right piece actually! In the end we picked the Holst as the individual movements of that work illustrate shorter snippets of scenery. 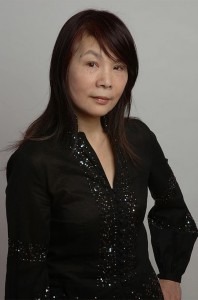 Can you tell us a bit more about the work by Tsui?

N: We will be playing her ‘Six Miniature Pieces of Yin and Yang’. This is an interesting and challenging work! Mary and I played two of them – ‘Water’ and ‘Fire’ – last year for the Musicarama 2016 concert, and those two movements gave us quite a lot of headache!

M: Yes, there’s lots of running around [on the keyboard]. I thought ‘Water’ was quite effective, not in the Ravel / Debussy sense, but in that there were some still and meditative moments. ‘Fire’ was harder [to grasp] as the texture is quite thick.

N: After these two crazy movements come the other four movements are ‘Earth’, ‘Air’, ‘Dark’, and ‘Light’. Actually, Meilina was my student at Chinese University, and she is a most versatile and talented young lady.

What are your thoughts on the current chamber music scene in Hong Kong?

M: I think it’s getting more and more popular. There are more ensembles and even though it takes time to build an audience, I think people do enjoy the collaborations.

N: It has come a long way since my time. There are chamber music concerts taking place in churches too.

What makes a good chamber musician? How is that different to being a soloist?

M: Well, not only do you have to know your own part, but also your colleagues’ parts. And you have to listen to the others and try to blend.

N: One must have flexibility and humility!

M: Yes, pianists especially. They should provide support, rather than stick out. 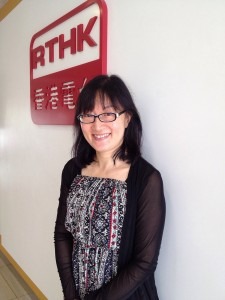 What do you find the most challenging about playing as a 2-piano duo?

M: Pianos are very loud, and it’s hard to blend. There’s also a physical, visual problem – instead of sitting side by side, pianists [sit across from and] face each other. When you play together, it’s like an ever-changing adventure, or it’s perhaps similar to playing with Silly Putty – you have to respond to what the other person is doing, adjusting constantly. That’s why it’s so taxing on the brain!

N: You have to be aware of each other’s existence. So difficult for students in Hong Kong!

You are both very dedicated and passionate music educators. How do you motivate kids to devote time to practise when they already have such busy schedules?

N: They have to love music. Everyone has their own ‘music’ – it’s not something you can impose on someone. One mistake I made was not bringing my children to enough concerts. But I mean attending concerts as a happy event, and not to listen to music so you can become the person on stage! I remember in my lessons with our teacher [Betty Drown] – Mary and I had the same teacher – music really became our language as I didn’t speak English and she didn’t speak Chinese. I learnt to really listen to music, and the love she had for music, that really left an impression. It dawned on me this was something I would love, rather than being something I had to do.

M: One thing I can remember about Auntie Betty was that she was always encouraging. I can’t remember her ever getting cross!

N: There are all these competitions nowadays, I think it’s terrible. And you see these kids aged five playing Flight of the Bumblebee on YouTube… I hear parents telling their children, ‘you’d better work hard. Then you can become like them / the next Yundi Li.’ This mentality has to change. You have to make music fun and enjoyable.