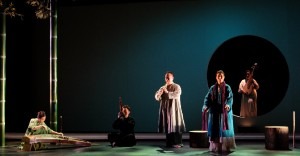 In 2017, Hong Kong is celebrating the 20th anniversary of the establishment of the Hong Kong Special Administration Region. To commemorate the transfer of sovereignty from the United Kingdom to the People’s Republic of China, the HK Government is pulling out all the stops. 640 million HK dollars have been set aside for celebrations under the heading “Together, Progress, Opportunity” that will see 300 events held in the city and another 200 organized on the mainland and overseas. These include exhibitions on the future of shopping malls, the World Snooker Master challenge, the obligatory firework and a number of music and arts related festivities. 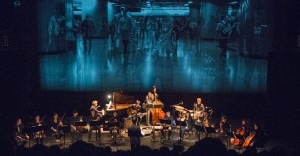 For one, the glamorous celebration concert by the Berlin Philharmonic and Lang Lang—born on the mainland but granted Hong Kong residency under a quality migrant scheme that allows foreigners and mainland Chinese with either enough money or specialist skills to settle locally—presents a glittering shop window to the rest of the word. It not only suggests that Hong Kong is an esteemed and established international musical center of the highest artistic integrity, but also that the political alliance with China has created an entirely new and superior level of cultural exchange. The government is also paying for the HK Philharmonic under Jaap van Zweden and mainland soloist Ning Feng to become musical and cultural ambassadors. Touring Seoul, Osaka, Singapore, Melbourne and the Sydney Opera House as part of the anniversary celebrations, audiences abroad will hear a lot of Brahms, Mahler and Mozart, and at least one work by Hong Kong born Fung Lam. 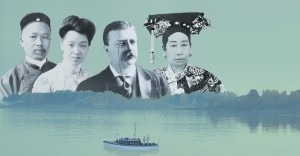 However, there are a number of smaller projects—still government funded and approved—that more realistically portray the cultural and artistic landscape of Hong Kong. Among them is the “Hong Kong Music Series”, an initiative from the Hong Kong Arts Development Council, featuring in London in July 2017. Five programs present an eclectic mix ranging from classical to contemporary and jazz, from Chinese music theatre to pop and chamber opera. “Musica Viva,” a non-profit HK performing organization presents Music Interflow—a Dialogue of Two Cultures that offers nostalgic selections from the classical and contemporary repertoire, which represents both Chinese and British cultural heritage. Crossing evocative imagery by architect Anthony Lai with jazz and classical music, Hong Kong Episodes take us through a multi-faceted, exhilarating and always fast-paced virtual Hong Kong day.

In a series of three performances Music Lab: Fingerman/Beloved Clara/Smash engages with Hong Kong storytelling supported by a musical fusion of pop, classical and jazz. In Beyond the Senses – Atmospheric Music Theatre HK composer Wing-Fai Law combines traditional instruments, poetry, songs, dance, visual elements and kunju opera to cultivate a mood for reflection within an Oriental sensibility. The Hong Kong Music Series concludes with the European premiere of Chan Hing-yan’s three-act chamber opera Datong: The Chinese Utopia. Chronicling the utopian vision for human equality and solidarity espoused by the Chinese scholar and calligrapher Kang You-Wei, the work chronicles the 20th century oppression of China by various foreign and internal players primarily interested in consolidating power and wealth in the pockets of a small ruling class; all at the expense of human rights. The search for cultural identity and political self-determination is by definition a messy one! And the Hong Kong Music Series addresses and reflects that search in an honest, albeit occasionally naïve way.