This is the Italian composer Giovanni Sollima playing one of his creations.

However, while music is a much-loved passion, it is also a much-devalued product today. It hasn’t always been like this. There are those who have music at the centre of their lives, and for others, music is nothing more than something that happens while life is taking place. 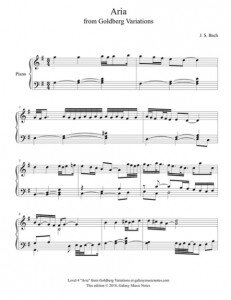 As a composer and music reviewer, I’ve seen it all. And just recently, during an interval at a concert, I saw many people who were quickly on their phone checking their Facebook page and emails. Is it possible that anyone can truly appreciate a live performance of music if they are more preoccupied in their minds with what’s happening online than what’s actually going on in front of them?

How many people listen to music today? I believe that there’s a small percentage of people who actually listen to and appreciate music now as compared to 20 years ago. And the more I see of contemporary audiences, the more I wonder, what’s the point of music if so few are listening to it?

I’m becoming convinced that most music is seen to be irrelevant today. And, I’ve found that it’s other people’s reactions that are reinforcing that feeling. I don’t think that anything has changed for me and my love of music.

When can you say that something is irrelevant? With music, is its relevance or irrelevance based on the number of people attending concerts, buying music or listening to it? As a composer, it is listening to it and discussing the music afterwards that makes it relevant or irrelevant. We do this with books, movies and meals at restaurants, but rarely music.

I would not care if I never sold one album. But, if people were listening to it, and had something to say about it, that would make the music relevant to me and obviously to the people listening to it.

If I can’t even give my music away (which I can’t) is it irrelevant? Yes, because no one is interested or let alone actively listening. We can debate whether it’s my music that is the problem, but that’s not the issue. The issue is, no one wants to listen anymore, there are too many distractions we let into our lives, which alters our focus.

Most people are so busy with their lives and technology, earning a living and taking care of a family to notice music today. But, people have always been busy with these things. I can’t honestly blame the internet, Facebook or Netflix for how people treat music now. But, if the interest in music is as bad as I say it is, what is the reason?

Music hasn’t changed, we have. New styles have always come along in music. So we can’t blame the sound of new music for turning us into non-listeners. New groups, new directions and changing formats have always been with us. Somewhere in the last 20 years or so, we simply stopped caring about music. Some may have never thought about it. But imagine this, take music away, and where would we be, pretty lost I believe.

I know many composers and musicians that have given up on their lifelong dreams of creating and performing music because people have turned away from music, and their audiences have disappeared.

Maybe, the sooner that artificial intelligence takes over from composers and performers the better it will be for all of us. Then we can totally give up caring about people who make and play music. And, then you won’t ever have to pay for music again; who’s going to pay a machine to create or play music?