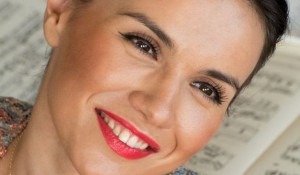 I always approach a music/text collaboration with caution. So often neither are made for each other; they exist perfectly happily by themselves, and risk losing something of their intrinsic value when joined together, an artistic Odd Couple at each other’s throats, fighting for attention.

Perhaps Alfred Schnittke was a wise choice of composer for a recent collaboration between actor John Malkovich and pianist Ksenia Kogan, given Schnittke’s prolific film score output, a man used to matching sounds and words for a living.

Schnittke’s Piano Concerto of 1979, while composed for the concert platform, jumped out to Kogan as a piece lending itself to verbal interaction. ‘I was listening to the piece on YouTube,’ she recounts, ‘and I was missing the text. I thought to myself, ‘I need text’. You could hear where the voice was going to be.’

And who better to embody the voice of Fernando, the sickly paranoid man to whom the blind form a worldwide conspiracy in Ernest Sabato’s On Heroes and Tombs, than John Malkovich, an actor whose voice The Guardian describes as a ‘reedy, faintly orgasmic drawl.’

‘When you think of a piano concerto with chamber orchestra, you think of Mozart, Bach, Haydn, and so on. I thought the Schnittke would suit John well,’ says Kogan with a smile. Schnittke’s haunting chords rubbing shoulders with intense dissonance embody his ‘polystylism’ that the Kogan/Malkovich duo sought to enhance with Sabato’s text.

Their approach to matching selected snippets of Report on the Blind to Schnittke’s score was a meticulous process, Malkovich always aware of his desire for the two to work with, not against, each other. ‘You’re an instrument,’ he states. ‘The notes make their noises, you make yours.’

The performance itself, with the highly versatile and responsive Korean Chamber Orchestra, began in pitch darkness, a solo spotlight gradually illuminating a blindfolded Kogan on stage. Malkovich, after an opening monologue, guides her to the piano, where the music begins. 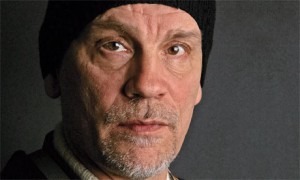 During the performance, there were plenty of moments where the music was allowed to do its own thing – there was far from an abundance of text. ‘Text can amplify music,’ Malkovich explains. ‘What it can never do is go face to face with music. I tried it once: it was like being hit my a moving house.’

This mutual respect was clear in that after any particularly climactic moment, the music came forward and was allowed to breathe, leaving us as listeners (and observers) to create in our own minds the sycophantic, obsessive thoughts running through the head of Malkovich’s character. The music wasn’t simply an underscore; like the best operatic or film music, it was a character in its own right. The performance ended as it began, in total darkness, and left a large hall utterly silent.

This is not Malkovich’s first foray into music/text crossovers – nor may it be his last. The pitfalls of such a project were all but avoided, creating a symbiotically beneficial relationship between the two art forms, the music feeding the text’s paranoia, the declamations heightening the incessant, hypnotic nature of the music. This was not a monologue with music, nor a concerto with narrator; Kogan and Malkovich were their own characters in a story fed by and cultivated within the unique interactions between their two forms of artistic expression.

Schnittke – Concerto for piano and strings