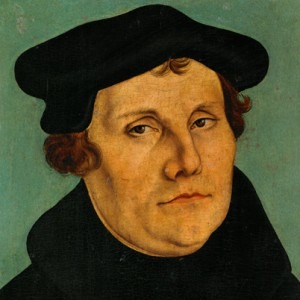 The leader of the German Reformation, Martin Luther (1483-1546), never intended to establish a Protestant church movement completely separate from Rome, but his initial struggles with the Catholic Church centered on the notion of God as an angry judge who could only be pacified by good works and by paying money for indulgences. “I greatly longed to understand Paul’s epistle to the Romans and nothing stood in the way but that one expression, ‘the justice of God,’ because I took it to mean that justice whereby God is just and deals justly in punishing the unjust. My situation was that, although an impeccable monk, I stood before God as a sinner troubled in conscience, and I had no confidence that my merit would assuage him. Therefore I did not love a just and angry God, but rather hated and murmured against Him. Night and day I pondered until I saw the connection between the justice of God and the statement that ‘the just shall live by his faith.’ Then I grasped that the justice of God is that righteousness by which through grace and sheer mercy God justifies us through faith. Thereupon I felt myself to be reborn and to have gone through open doors into paradise.” Luther quickly realized that many church doctrines were at odds with Scripture, and he was furious that the church was extorting payments for salvation. He posted his 95 theses on the church door in Wittenberg, and rather predictably, faced excommunication shortly thereafter. Imprisoned in the castle of Coburg, Luther feared execution and wrote a letter to his good friend, the famous composer Ludwig Senfl, asking for a polyphonic setting of his favorite psalm. Senfl immediately responded, and enclosed a motet setting on the 17th verse of the 118th Psalm Non moriar sed vivam (I will not die, but live and declare the works of the Lord). Apparently, Senfl’s composition immediately lifted Luther’s spirit, and he subsequently composed his own motet setting on this text. 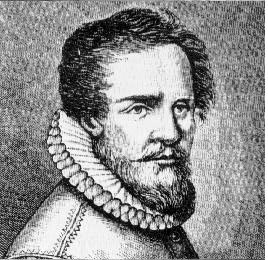 By all accounts, Luther was a gifted tenor, flutist, lutenist and composer, and in his view, music held a central position in the Lutheran Church. Strongly believing in the educational and ethical powers of music, the strophic congregational hymn — called a “Choral” or “Kirchenlied” in German and a “chorale” in English — became the most distinctive and important musical innovation of the Lutheran Church. And Luther, who was a prolific author of hymn texts and melodies readily contributed to this growing repertory. Among his most inspirational and influential creations is the hymn Ein feste Burg ist unser Gott (A Mighty Fortress is our God). Composed in 1529, the hymn served Johann Walter — a prolific composer and poet during the Reformation, and also a close personal friend of Martin Luther — as the basis of a 4-part chorale setting.

An important type of chorale, particularly as applied to vocal music, was called “contrafacta.” This meant the substitution of one text for another without making substantial changes to the music. When the city of Leipzig commemorated Martin Luther’s reformation of the church on 31 October 1724, Johan Sebastian Bach was called upon to compose an elaborate work based on Luther’s hymn. Bach’s cantata BWV 80 concludes with a choral setting — accompanied by the orchestra — of Luther’s hymn harmonized by J.S. Bach. The text now reminds us of the theological point made by Luther that the individual communicates directly with the Almighty (in any manifestation of the Trinity), and must strive towards their own salvation. 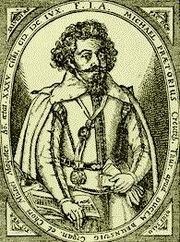 During Bach’s time as director of music at Leipzig’s four Lutheran churches, the gap between simple congregational hymn and music composed for trained choir had widened considerably. Composers like Hans Leo Hassler (1562-1612) and Johannes Eccard (1553-1611) composed free polyphonic settings around the traditional choral melodies. These new settings were called “chorale motets,” and established the musical style of the Lutheran church in Germany.

The “chorale motet” was, almost predictably, raised to its most elaborate and majestic form in the hands of J.S. Bach. The extended choral movement that initiates his Cantata BWV 80 is a veritable tour de force of imitative counterpoint. Each phrase is an embellished version of the original choral tune, and immediately imitated in subsequent voices in the style of a fugal exposition. However, Bach simultaneously uses Luther’s tune undecorated and moving much more slowly in the oboes, imitated exactly just moments later by the contrabasses, bassoon, and pedal notes of the organ in the style of a canon.

The pipe organ was, and still is, the single most important liturgical instrument in Protestant church music. As such, it is hardly surprising that a large number of instrumental genres and works are based on chorale melodies. Please join me next time when we explore chorale settings by Heinrich Scheidemann, Georg Böhm, Johann Pachelbel, Dietrich Buxtehude, Johann Sebastian Bach and Max Reger.