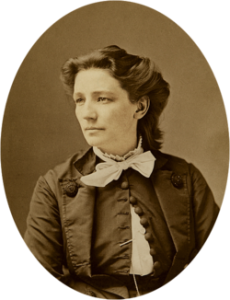 Much of the political landscape in 2016 was dominated by Hillary Clinton’s attempt to become the first female President of the United States. In the end, as we all know, it didn’t quite work out. However, Hillary Clinton was by no means the first woman to seek the highest political office in the lands. That honor belongs to Victoria Claflin Woodhull (1838-1927), a clairvoyant, publisher, stockbroker, and proponent of free love. A leader of the woman’s suffrage movement, she fought for women’s rights and labor reforms, and the freedom to marry, divorce, and bear children without government interference. “To woman, by nature,” she writes in 1871, “belongs the right of sexual determination. When woman rises from sexual slavery to sexual freedom, into the ownership and control of her sexual organs, and man is obliged to respect this freedom, then will this instinct become pure and holy.” 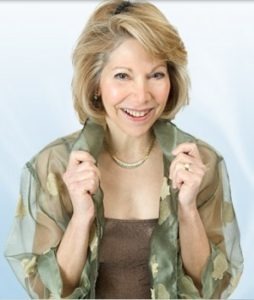 Furthermore, she was a highly successful businesswoman making her first fortune as a magnetic healer traversing the country, and subsequently joined the spiritualist movement. Supported by her sister, she was the first woman to operate a brokerage firm on Wall Street, and the siblings also founded the newspaper Woodhull & Claflin’s Weekly, which began publication in 1870. Woodhull became politically active in the early 1870s, and the Equal Rights Party nominated her as a candidate for US presidency. The powerful and influential preacher Henry Ward Beecher fiercely opposed her nomination, and Woodhull was arrested a few days before the election on charges of obscenity. She had published an account of the alleged adulterous affair between Beecher and Elizabeth Tilton, and spent Election Day in prison. Her running mate was Frederick Douglass, an African-American social reformer and writer who escaped from slavery in Maryland to become a national leader of the abolitionist movement. Ironically, neither Victoria nor Frederick was legally allowed to vote! At any rate, the pairing received no electoral votes, but Woodhull tried again to gain nominations for presidency in 1884 and 1892. 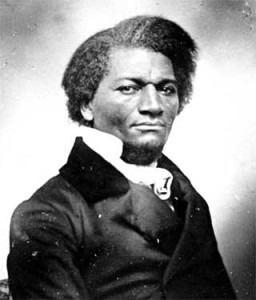 I am sure you agree that Victoria Woodhull’s life story reads like grand opera! And that’s exactly what composer Victoria Bond and librettist Hilary Bell thought as well. With Mrs. President they “crafted a seething drama of ambition and betrayal, which tells the story of Woodhull’s visionary struggle to defy history and become the first female President of the United States.” In terms of compositional approach, Bond utilizes both tonal and twelve-tone techniques. Melodic lyricism informs most arias, while 12-tone techniques shape the layered counterpoint of the ensembles. “I wanted to have maximum contrast between the abstract rituals of theater that formed the framework, and the emotional realism of the characters who inhabit a personal space,” Bond writes. Each character has a signature melodic, harmonic and rhythmic profile that undergo a process of development. “As characters interact, their themes likewise interact and bleed into one another, modifying and transforming each other.” A critic wrote, “not only is the opera significant for what it says about the nature of men and women and their equality, something that we continue to strive for. But it is revelatory of what new music—music that adheres to tonality and celebrates the lyric capabilities of the human voice—can be.“ Mrs. President received a concert reading of four scenes by the New York City Opera in 2001, and was premiered on 7 October 2012 in Anchorage, Alaska. I wonder if we can look forward to a “Hillary Clinton Opera” in the near future?