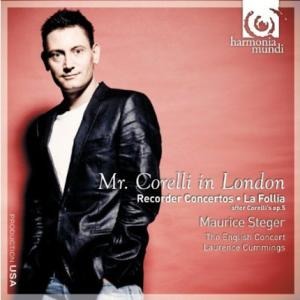 It is very rare to hear such wonderful recorder music.

This is a fascinating performance by Maurice Steger with the English Concert, presenting the beautiful concertos by Arcangello Corelli.

Definitely a must have.