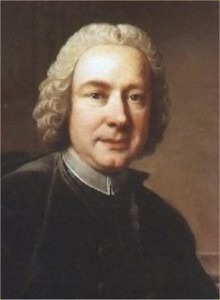 Scholars are generally in agreement that the young Wolfgang Amadeus Mozart attended a performance of J.C. Bach’s opera “Adriano in Siria,” which premiered at King’s Theatre London on 26 January 1765. J.C. was clearly at the centre of London’s almost entirely Italian operatic culture. For “Adriano” he relied on the dramatic skills of Pietro Metastasio, undoubtedly the most prominent poet and librettist of his day. The libretto for “Adriano” is based on the Roman emperor Hadrian, who is in love with a woman who is engaged to be married to another man. That man, however, is in love with someone else, who in turn is actually in love with the emperor. Theatrical confrontations between principal figures occur during the recitative, and expansive and reflective “da capo” arias deal with despair, anger, love and compassion.

The art of extemporizing and improvising on a given operatic aria, which essentially meant the adding of embellishments and ornaments in order to heighten the dramatic and expressive qualities, had been common practice long before Mozart started to write his operas. The “da capo” aria became the perfect vehicle for this common practice, because singers could freely embellish and ornament the musical text when the aria was repeated from the beginning. When Mozart, in later years, coached the lovely and highly talented Aloysia Weber — you will recall that he eventually married her sister Constanze — he fashioned two ornamented versions of J.C. Bach’s “Cara, la dolce fiamma.” 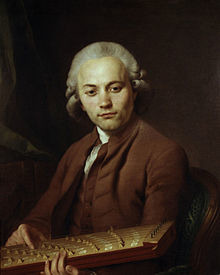 J.C. Bach’s opera “Adriano in Siria” must have made quite an impression on the young Wolfi. It certainly inspired him to immediately compose his first known operatic aria, “Va, dal furor portata,” also based on a poem by Pietro Metastasio. Astonishingly, Wolfi not only mimics J.C.’s vocal style — carefully heightening the expressiveness of the text by exposing its gentle and balanced musical phrasing to invigorating rhythmic intensity — but also structures his aria in accordance with the prevailing “da capo” principles. Although Daddy Leopold might have had a hand in the composition of this aria, it nevertheless represents a remarkable achievement for an eight-year old boy.

Mozart’s intention upon leaving London was to return to Paris. However, the Dutch ambassador in London persuaded Leopold that Wolfi’s reputation had already preceded him to the Low Countries. The Mozart’s agreed to visit and stayed from September 1765 to April 1766, giving a total of thirteen concerts in Ghent, Antwerp, The Hague, Amsterdam, Haarlem and Utrecht. At least five of these concerts included performances of symphonies by Wolfi, some of which would have been composed in London. In addition, Wolfi composed the concert aria for Soprano and Orchestra, “Conservati Fedele”, K. 23 in October 1765, which undoubtedly still reflects his exposure to the dramatic music of J.C. Bach.

At a later date — in February 1778, Mozart discussed how he used an aria by J.C. Bach as an inspirational model for one of his new compositions. He reports to his father, “for practice I have also set to music the aria “Non so d’onde viene,” which has been so beautifully composed by Bach. Just because I know Bach’s setting so well and like it so much, and because it is always ringing in my ears, I wished to try and see whether in spite of all this I could write an aria totally unlike his. And, indeed, mine does not resemble his in the very least.” Mozart somewhat overstated the differences between the two settings, as J.C. Bach’s melodic charm and lightness of style continues to resonate throughout.

Throughout his adult life, Mozart retained his admiration, love and respect for Johann Christian Bach. When Mozart borrowed, studied and copied the score to J.C. Bach’s opera “Lucia Silla,” from Georg Joseph Vogler, he was greeted by the following words. “When [Vogler] saw me a few days later, he asked me with an obvious sneer: ‘Well, do you find it beautiful?…It has one fine aria…why of course, that hideous aria by Bach, that filthy stuff.” Mozart subsequently wrote to his father, “I thought I should have to seize his front hair and pull it hard, but I pretended not to hear him, said nothing, and walked away.” Above all, Johann Christian Bach exposed Mozart to a fusion of musical styles and conventions from Germany, Italy, and England. In due course Mozart would amalgamate these influences into his own cosmopolitan musical language.