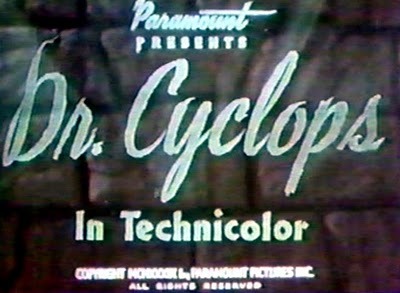 Wait, what? This guy wrote film music as well as classical stuff? Pfft…

Sound familiar? It’s interesting nowadays how film composers are often sneered at in relation to their more ‘serious’ counterparts. However, there was a whole generation of composers who dabbled in both, with great results. And don’t think it was just the ones we haven’t heard of! Shostakovich, Britten and Copland, amongst others, all wrote film music at some point in their lives… and let’s not forget Leonard Bernstein!

Ernst Toch (1887-1964) was one of the composers of the generation where film music was finding its way and really coming into its own. This was a time of experimentation, where there wasn’t such a clear-cut distinction between music for picture and music for a conventional concert.

As a graduate of the Hoch Conservatory in Frankfurt, Toch was more than capable of moving between the worlds of cinema and concert hall, something that many composers today would never dream of doing. Very few composers nowadays create works completely separate from the silver screen; the nearest thing we regularly experience is concert suites extracted from film scores. However, in the early twentieth century, it appears that these ‘boundaries’ were a lot more fluid. With composers such as Korngold and Toch, you can hear similarities between their film scores and standalone instrumental works. The last movement of Korngold’s Violin Concerto is more swashbuckling than many pirate film scores!

Dr Cyclops, a 1940s cult film, features a score by Toch, and even though this is a sci-fi blast from the past, you can hear techniques used in his Toch’s score that foreshadow many of today’s film music effects. In addition, Toch was using techniques that were big in the ‘art’ music world, showing us that perhaps film and art music weren’t that different to begin with.

The opening of the film features a distinct mixture of conventional and more avant-garde techniques. Toch incorporates whole tone scales into the opening of the movie to set the mysterious atmosphere of Dr Cyclops’s remote laboratory.

The difference with whole tone scales are, unlike major and minor scales where you have a mixture of different sizes of gaps between the notes, here all the gaps are equally spaced. The distance between each note is one tone (hence the name ‘whole tone’ scale), meaning that there’s no real reference point. Music composed using whole tones sounds a lot more ambiguous than something in a simple major or minor key; Debussy was particularly famous for incorporating whole tones into his works.

By contrast, Toch then moves into a more diatonic (major/minor) sound world to paint the panoramic vistas of the Peruvian jungle. Even though this film dates from over 70 years ago, the way in which Toch’s music both supports and enhances the visual image is still today incredibly striking. Ok, so the film’s special effects leave a little to be desired, and the music is incredibly cheesy in parts, but as a product of its time, this film music was as innovative and imaginative as anything created nowadays.

Looking at Toch’s first Piano Concerto, it is easy to see how easily he could inhabit either the cinema or concert hall. The piece often features dense textures, with a prominent orchestral part. This is not a concerto where you feel like the soloist takes the limelight; the piano is often just another colour used to create a varied sound world.

Within these dense textures, there are many lines happening at the same time, all winding and interconnecting. Add to this the volatile nature of the music, and you’ve got yourself a pretty exciting piece. And we can see how close this actually is to film music – quickly changing moods, a varied palette of sounds, contemporary harmonies… it’s really not that different.

So although Toch may not be the first person you think of when considering prominent film composers, just remember that he, amongst many others, was boldly experimenting and breaking boundaries between the concert platform and movie theatre…something to come back with to someone who turns their nose up at film composers!