Do you know the Land where the Lemon Trees blossom? 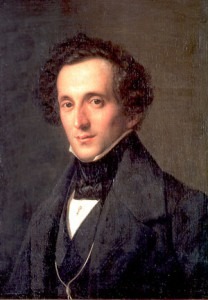 In 1786, the polymath genius Johann Wolfgang von Goethe embarked on a secret and anonymous journey to Italy. The stated purpose of this voyage, or rather his quest, was “to discover myself in the objects I see.” By May 1788 Goethe had visited Lake Garda, Verona, Vincenz, Venice, Bologna, Rome, Naples and Sicily. He meticulously recorded his impressions of culture, art and architecture in a diary, and wrote numerous letters to his friends and family. Following his return to Germany, he collected and edited his travel chronicles and eventually published them as his Italian Journey in 1816. Goethe describes this publication as “both entirely truthful and a graceful fairy-tale,” yet it also represents an insightful psychological document of self-discovery. “Nothing, above all, is comparable to the new life that a reflective person experiences when he observes a new country. Though I am still always myself, I believe I have been changed to the very marrow of my bones.” 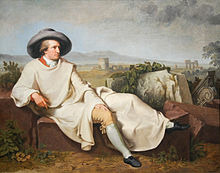 In the decades immediately following its publication, the Italian Journey inspired countless artists to follow in Goethe’s footsteps, among them the composer Felix Mendelssohn. He visited Goethe in Weimar, and with a copy of the Italian Journey in hand, departed for an extended ten-month pilgrimage to Italy in 1830. Arriving in Venice on 10 October 1830, Mendelssohn was hardly able to contain his excitement. “Italy at last! And what I have all my life considered as the greatest possible felicity has now begun, and I am basking in it…I do not know where to find sufficient grasp of intellect to comprehend it all properly. I saw the “Assumption,” then a whole gallery of paintings in the Manfrini Palace; then a church festival in the church where hangs Titian’s St. Peter; afterwards St. Mark’s!” Like Goethe, Mendelssohn was deeply impressed by the natural beauty of the Italian countryside, and he began to record his impressions in a series of watercolors and sketches. After spending several days in Bologna and Florence, Mendelssohn arrived in Rome on 2 November 1830, with his thoughts quickly turning to music. For the birthday of his sister Fanny, he set the Psalm “Non nobis, Domine” for chorus and orchestra. He also promises to send her a stash of new music. “I intend now to finish my overture, and then to proceed with my symphony. A pianoforte concerto, too, that I wish to write for Paris, begins to float in my head.” Prior to his arrival in Italy, Mendelssohn had visited Scotland in 1829. He eagerly explored the rugged and harsh landscape that embodied the long and tragic history so aptly described in James McPherson’s translations of the Ossian legend, and also Sir Walter Scott’s detailing of the Jacobite rebellion. Once Mendelssohn had settled in Rome, he finally found the time to encode his Scottish impressions into music, and the compositions he mentions in his letter to Fanny originate with that particular journey. The overture in question references the Hebrides and the symphony in progress would eventually become his Scottish. Concurrently, Mendelssohn’s Italian journey also inspired the composition of a setting of Goethe’s Walpurgisnacht, and three motets scored for female chorus. Most famously, however, it also served as the inspiration for his Symphony No. 4, which Mendelssohn himself subtitled “Italian Symphony.” The work is first mentioned on 21 February 1831, “I have once more begun to compose with fresh vigour, and the Italian symphony makes rapid progress; it will be the most sportive piece I have yet composed, especially the last movement. I have not yet decided on the “Adagio,” and think I shall reserve it for Naples.” The emerging work did not attempt to philosophically engage with Italian cultural or intellectual heritage, but simply sought to convey a series of impressions Mendelssohn had gathered in Italy. According to the composer, the opening “Allegro” immediately “communicates the sunshine and the warmth of the Italian countryside.” Throughout the movement, Mendelssohn grants the winds a tremendous degree of freedom, resulting in a transparent, bright and airy texture. It is hardly surprising therefore, that Mendelssohn once described this Symphony as “blue sky in A major.” During Lenten celebrations in Rome, the composer observed a number of religious processions, and his impressions are musically captured in the religious solemnity of the “Andante.” Scholars have suggested that the dance-pair movement originated prior to Mendelssohn’s Italian journey. Be that as it may, the composer described the music “as analogous to the symmetrical forms and restrained beauty of Italian architecture.” The concluding “Saltarello” — a raucous Neapolitan dance — is almost entirely cast in the minor mode. Nevertheless, it bustles with the musical energy and excitement from the “Land of Music.” Mendelssohn finished his Italian Symphony on 13 March 1833 in Berlin, and it was first performed under his baton in London two months later. However, Mendelssohn was never entirely satisfied with the work. He revised the first movement in 1837, and intended to compose alternate versions of all other movements. As a result, the work was not published during his lifetime, but appeared in print — edited by his friend Ignaz Moscheles — only in 1851.

The Symphony will be part of the Chicago Symphony Orchestra’s coming Asian Tour Programme.