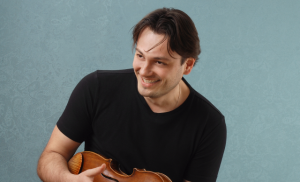 Having established himself as one of the world’s top viola players, Maxim has won the applause from audiences around the world with his charismatic performance. Having chosen Hong Kong as one of the destinations in his world tour this fall, Maxim introduces himself to the Asian audience with his unique perception of the modern classical music scene.

How did the viola enter your life?

I started to play the viola since 14. Before that I used to play the violin. In fact, I knew I would switch to playing the viola when I was 11, but I was determined to go through some important violin repertoires before working on the viola. I loved the sound of viola from the first time I played it!

How does your personality find its expressivity/ voice in the instrument?

The viola is a very vibrant instrument with enormous possibilities of colours. The process of searching for the right ones makes me happy. As for my personality, I also like changes and new things- I can’t be in one place for more then a week!

You mentioned elsewhere that “the viola sounds closer to the human voice as it captures something of the soul.” Can you elaborate on this stance please?

Viola is the voice of the soul. Sometimes people compare the violin or the cello with the human voice. In this sense, the viola has a a little more “inner sound” and a less open timbre than the violin. That is why the viola is much more mysterious. I call it “the voice of the soul” because the instrument gives a much more obvious, more truthful result of the quality of sound the player is producing.

There was an interview in which you talked about the Bach Solo Suites recording. You mentioned yourself having come from the Soviet School musical training. How did the Soviet School influence your interpretation of his works?

The Soviet School emphasized on proving the capability of oneself. In those days, when a candidate was sent to an international competition, he or she would not expect to come back without the first prize! Of course the state would provide amazing performing possibilities to the winner, but the expectation and pressure were too high. So most of the time the repertoires are chosen in order to prove oneself. Furthermore, our education did not focus on exploring the genuineness of a performance. Because of that, overseas’ influence on musical interpretation was often less accepted in the USSR. For instance, Bach was played in a very romantic style- with a lot of vibrato and sostenuto. When I came to London, it took me a few years before I started to absorb new approaches. Bach is a very logical composer- in fact I would say that he is the most logical one out of all composers. A performer must understand that eventually the performing style is less important than the essence and idea that he or she puts in. 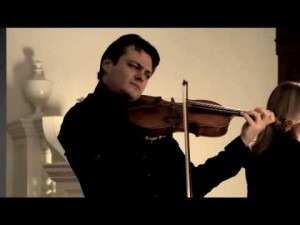 When was the first time you had felt the need to re-think or re-interpret J. S. Bach’s music?

In 1996, after my first lesson with Jack Glickman.

And you later on further studied music in London. How did you cope with the stylistic diversity of a different school? How different was the education there?

It has been 8 years since I finished my studies.
It was different. There was more freedom and less pressure. No one would tell you how to play every note, so I started to think about all these myself.

When you recorded the Bach Solo Suites album, was your performance more influenced by the Soviet School or by the British?

It was both. I don’t call myself a Baroque performer, nor am I a Soviet School viola player.

The viola has somewhat of an ambiguous identity: its tone lingers in between the violin and the cello and blends the two instruments. Its popularity and diversity of repertoires are not comparable to the two. It’s rarely under the spotlight as the main protagonist. Have you ever found this unfair to the hard work devoted by viola players?

Yes, it has never been easy. The viola has been facing lots of rejections in life. However, I like to take the difficult paths.

If you have the choice, would you prefer performing more new music or classical repertoires? Why?

I like everything. To be more precise, I like good music- the kind of music I can communicate with and perform in my own voice. If a piece of contemporary music has enough depth and meaning, I would love it as much as I do with old music.

In the course of music history, new music of each era has brought a certain philosophical advancement. What kinds of changing mindsets are we facing now through new music of our time?

I think we are now living through a rather foggy time for the arts. There are a lot of so called artists around who are attractive and bright- but it is just not enough. Not all gold can shine- only time can judge.

What other passions do you have?

I like team sports activities, good movies and Tolstoy.