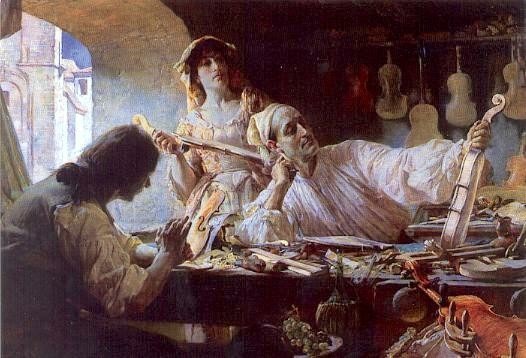 The scholarly paper “Player preferences among new and old violins,” published in the Proceedings of the National Academy of Sciences in January 2012, shook the foundations of one of the longest held beliefs in Classical music. In this study, judges and participants at the 2010 International Violin Competition of Indianapolis blind-tested six violins, including three modern instruments, two Stradivarius instruments and one Guarneri’del Gesu. When asked to choose a violin to replace their own for a hypothetical concert tour, participants most frequently chose the new rather than old violin. “On average, soloists rated their favorite new violins more highly than their favorite old for playability, articulation, and projection, and at least equal to old in terms of timbre. Soloists failed to distinguish new from old at better than chance levels.” Antonio Stradivari — or Stradivarius as he is often called — must surely be turning in his grave!

Reason Behind the Unique Sound Qualities of Stradivari’s Violins 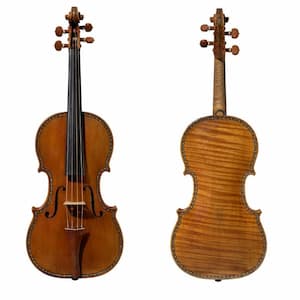 In the world of violins, the names Stradivari and Guarneri are sacred. Both hailed from the town of Cremona in Northern Italy. From the second half of the sixteenth century Cremona was central to the world of violin making, and for almost two hundred years its craftsmen were unrivalled. Antonio Stradivari was born in 1644, and seems to have been an apprentice to Nicolò Amati, one of the famed violinmakers of Cremona. Stradivari quickly established his own reputation, and from the 1680’s onward had a huge number of clients, including kings, cardinals, princes and aristocrats. The principle reason Stradivari’s instruments were extremely popular can be found in the balance between expressive tone and volume. Through an extended and lengthy process of experimentation, Stradivari eventually refined the size and shape of his violin soundbox until he had created that perfect balance.

A fine instrument depends on the combination of craftsmanship and good materials. Stradivari used spruce for the top, willow for the internal blocks and linings, and maple for the back, ribs, and neck. Apparently, he treated the wood with several types of minerals, and his varnish was composed of gum Arabica, honey, and egg white. However, all his Cremona colleagues used the same wood, and the varnish was a simple variant of a common type. It has also been suggested that climate change during the Little Ice Age, from about 1645-1750, produced timber of increased wood density. In addition, Stradivari supposedly used a certain mushroom to treat the wood! These and other factors might be responsible for the supposed unique sound qualities of Stradivari’s instruments.

Stradivari made about 1200 violins, cellos and violas of which roughly 600 survive. Around the turn of the 18th century violin design underwent significant changes. Violins were built with angled necks, longer fingerboards and added tension in the strings. Older instruments, already held in high esteem, were routinely altered to match the modern type. As a result, none of Stradivari’s violins have survived in their original condition.

Why Do the Stradivari’s Instruments Worth Millions of Dollars? 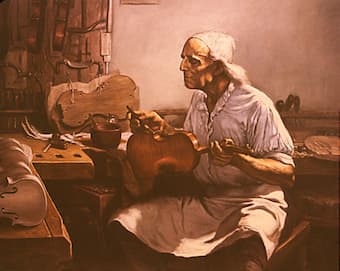 Depending on condition, instruments made during Stradivari’s “golden period” from around 1700 to about 1725 can be worth millions of dollars. In Spring 2014, the “Macdonald” Stradivari viola of 1719, which has never been restored, will be put up via silent auction; minimum bid is 45 million US dollars! Results are expected by June 25. Why would anybody spend that kind of money for an instrument that is supposedly indistinguishable from its modern cousin? As might be imagined, the Stradivarius case study has drawn enthusiastic support from violinmakers, and condemnation from a number of high-profile performers. The editor of The Strad magazine wrote, “It’s a stretch to get to the myth-busting generalization that violinists can’t tell a Strad from a modern instrument. There are too many philosophical issues and variables to be definitive about that. However, the data clusters around a popular modern instrument and an unpopular Stradivari force one to consider the preconceptions that are so hardwired.” The real issue might actually be psychological, as things that people think “are special are not so special after all when knowledge of the origin is taken away.” While brand recognition and loyalty surely play an important role in the world of classical music, the test that stirred up all these questions, according to members of the Julliard String Quartet, “was about as valid as comparing a Ford and a Ferrari in a parking lot.”