In Tune Arts
Making the Notes Sing and Dance
by Maureen Buja May 4th, 2018 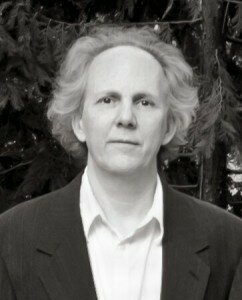 Steven Malinowski got frustrated at reading a complicated score and decided to animate it, and thus, the Music Animation Machine was born. Its first life was last century – way back in the mid-1970s… a time before personal computers, before laptops, and where a computer was just starting to be smaller than an entire room. Ten years later, in 1985, the first Music Animation Machine was born, based on MIDI recordings.

It’s MIDI – the sound isn’t great. Each year brought a new subtlety to the animation as Malinowski had to take in more and more of the details that any musician brings to the game: rhythm, timbre, accents, equal temperament compromises, and so on. By 2009, Malinowski could synch his Animation with real audio recordings and gave us new ways of seeing what we were hearing.

When you get the complexity of Beethoven expressed visually, you get a different feeling for what’s going – you can see Beethoven build voices, see which voices (particularly the lower ones) don’t change pitch at all, where the grand pauses are where everything stops. You can concentrate on seeing/hearing one particular voice, be it low or high.

When you look at work with a limited number of voices, such as a viol consort, what is invisible audibly become visible. In this animation, each viol is tracked by colour and the moving lines you hear show their relationship. Descending lines may be countered by another voice in an ascending line, one voice may move differently than the others, or all may move together. It’s all here.

Compare that Canzoneta with this Telemann work, one of his Paris Quartets. You can see immediately Telemann (1681-1767) comes from a later time than Giovanni Paolo Cima (c 1570-1622).

Look, now, at this Baroque piece – a bit of Bach but rendered in an unexpected way.

Now look at this busy version of the first movement of Bach’s Brandenburg Concerto No. 3.

and compare it with the same music but in a bar-graph version:

Curiously satisfying, that, even while preserving the sound world that is so familiar, the visualizations actually give us a new dimension to that sound.