from Geneva to Hong Kong 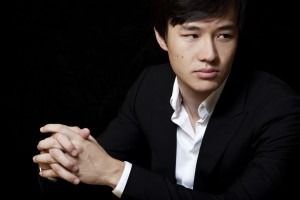 Appearing in this year’s Hong Kong Premiere Performances Recital Series, our Artist of the Month Louis Schwizgebel shares his thoughts ahead of his trip to Hong Kong about his already enviable career.

Originally from Switzerland, Louis scooped second prize at the Leeds International Piano Competition in 2012, and since then has been based in London. After his success in Leeds he was invited to become a BBC New Generation Artist.

‘This was really helpful, especially in a place such as the UK. You have the opportunity to play with all the BBC orchestras, to play at festivals around the country, including the Proms – which was amazing!’

During his tenure as a Young Generation Artist, Louis released CDs of Beethoven and Saint-Saëns piano concertos with the BBC Symphony and London Philharmonic Orchestras respectively, and solo and chamber music by Brahms, Ravel, Liszt, Holliger, and Schubert – not bad to have four albums under your belt under the age of 30.

Before Louis moved to London he studied at the Juilliard School in New York, and before that, in Berlin – two very different experiences.

‘I studied in Berlin first, although I didn’t live in the city. I lived in Geneva, and would go there just to have lessons with Pascal Devoyon. Looking back now, it was a real mistake to stay in Geneva because I didn’t get chance to enjoy the city properly.

‘New York was the first time I moved from my home town – that was a real big change. I went with a good friend of mine, a cellist from Geneva, and studied there for two years. To live in such a city where everything is so exciting, and to study right in the centre of Manhattan!’

Louis’ life of travelling continues as he moves on to Hong Kong this April, via Australia.

‘I’ve already been to Hong Kong a few times. I go quite often – I have friends there.
Just before there I’m going to Australia, so I like to think of Hong Kong as almost half way home!’ 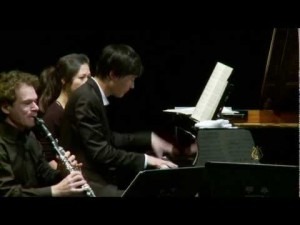 Louis’ programme of Haydn, Liszt and Schubert in Hong Kong is a far cry from the simple, wistful melody of Beethoven’s Für Elise – the work that inspired him to take up his instrument. He recalls, ‘A friend played it to me at birthday party when I was 6 years old, and that’s the piece that made me want to play the piano.’

Nowadays Louis doesn’t listen to much music, especially when intensively preparing for a concert. ‘I don’t necessarily listen to a lot of music when I’m practising. It can be classical, but not often. Lately I was listening to Art Tatum – there was an amazing improvisation on a Chopin waltz which I found.’

Even Louis’ hobbies – which include origami and card tricks – carry a subtle hint of the manual dexterity he possesses. Luckily these are both fairly portable pastimes – a useful tool when travelling.

‘I often fold origami when I’m travelling and staying alone in a city somewhere on a tour. I have a lot of time to myself, so these things help. I also sketch, and love playing chess.’