On ‘The Integrity and Quality of Each Individual Moment’ 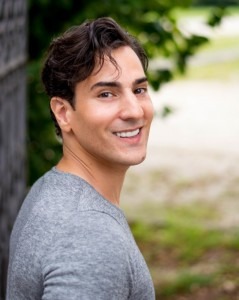 Italian American tenor Leonardo Capalbo chats to me on his day off in Warsaw, in the middle of a production of La Traviata at the Teatr Wielki. His hotel room faces Stalin’s toweringly oppressive Palace of Culture – the rest of Leonardo’s day will be occupied exploring other parts of the city, ‘living’ the place he is in helping him to unwind. He doesn’t listen to music in his spare time – ‘I’m not a great passive listener of music. If I’m listening to music I’m very involved in it’ – and for anyone who has seen Leonardo on stage, there is no doubt as to his involvement in an operatic role.

‘I probably don’t act the way a lot of people act in opera – to make the move, sing at the same time, go here, go there, make this gesture, throw this on the ground. That’s not my thought process. If people see me perform, for better or worse, that’s not me.’

Leonardo traces his strong physical commitment onstage back to his childhood. He received acting lessons in his youth, and was always involved with plays and musicals at school. A defining moment came when he first saw Pavarotti on TV as a child. He instantly ran to another room and stood in front of the mirror, trying to imitate what he saw.

His studies at Juilliard included working with Frank Corsaro, who was head of the Actors Studio in New York between 1988 and 1995. His time in New York, and at the Music Academy of the West in Santa Barbara studying with Marilyn Horne, inspired him to be as versatile an artist as possible, and rally against the traditional perception of operatic singers.

‘I strongly refute those who say you can only sing one certain thing. It keeps me flexible as an artist. I learn something different from each type of music that I sing.’ 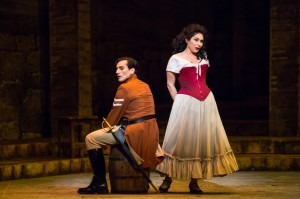 ‘If you can have a living composer attend a production and see it reimagined in a way that perhaps he didn’t even initially intend it to go, and enjoy it, then that tells you something about what we need to be doing as performers, as interpreters. When you modernise pieces, you run the risk of making it more difficult for the audience. What comes first is the integrity and the quality of each individual moment.’