Artists Interviews
Learning From the Video Experience
A Chat With the Savannah Voice Festival
by Maureen Buja August 9th, 2020

When the close of the live performance season hit the musical world, many festivals and houses were forced to close. Wait out the pandemic. See what next year holds. But the Savannah VOICE Festival (SVF) looked at the situation as an opportunity to change their format. The SVF was founded 20 years ago by the husband and wife team of Sherrill Milnes, Artistic Director, and Maria Zouves, Executive Director.

They started with ‘Virtually Live’ in May 2020. 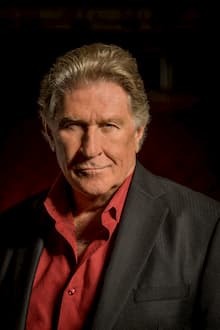 ‘Virtually Live’ involved live streaming of live mini-concerts, lectures and informative events and storytelling with legendary baritone and co-founder of SVF, Sherrill Milnes. This was the experiment where SVF learned of the problems with live streaming, such as images might be rotated or, worse, the singer’s computer might fail under the pressure. Singers are hired for their voices, not their tech knowledge! Mr. Milnes noted with appreciation that ‘Virtually Live’ garnered a lot of international support, many with the message ‘You have not abandoned us!’ SVF discovered that video could bring a sense of community.

Encouraged by that response, for their next venture into video performance, SVF took their annual voice festival online. Starting 8 August, SVF launches the ‘Stay-at-Home Festival Season’ and closes on 22 August with its anniversary Gala, celebrating 20 years of the Festival.

In 11 programs that range over programs on fairy tales, story telling with Sherrill Milnes and his colleagues, including Denyce Graves and James Morris, an evening on Mozart, an evening of new talent, an evening of Broadway, celebration of composers with SVF composer-in-residence Michael Ching, and an evening of sacred song, each program contributes to the idea of the variety of song.

The whole festival is being run as a variety show – each evening is broken into short segments that give the opportunity for the festival to show what it does best. The word VOICE that is the center of the Festival’s name is the acronym for ‘Vocal– Operatic– Intensive – Creative – Experience’ and their programs are designed to instruct both the singers and the audience in the tremendous legacy of the art of song. The Festival encourages the evolution of a singer’s progress and shares that progress with the audience. The Festival singers are not present for just a season but for extensive parts of their careers and the audience can watch their development. Larger projects that were planned for this summer have been postponed until next year.

The video format permits the audience to have a greater connection with the singer than would ever be possible on a standard stage. You’re the person they’re singing to and it provides an entirely new way of appreciating not only the art of singing but the singer’s art.

We asked how SVF finds its singers and it’s through an international network of recommendations, of current performers telling them of up-and-coming singers they should be paying attention to, a bit of scouting, and even some self-recommendations. The virtual ‘buffet of music’ from sacred song to opera to Broadway has something for all the singers and for a wide audience. Across all genres, there’s something for everyone, but it’s ‘Inspiration within Reality,’ as Mr. Milnes noted. If a singer finds that singing isn’t for him or her, then the Festival has been successful in giving opportunities in all parts of the field: arts management, production, conducting or directing. This year, 3 music tech students are working on internships to help produce the video festival. They bring their video expertise but will emerge with a greater appreciation for the other things that contribute to a successful production, but which aren’t probably part of their regular university classes.

We asked if this year’s intense video experience would carry forward. Now, it’s meeting the necessity of social distancing demanded by the pandemic. For the future, though, SVF has seen the possibilities of the format. Video gives the opportunity for telling stories and for telling those stories without the geographical constraints of the physical festival. The world is the new market, and even for their ‘Virtually Live’ festival, which had little marketing, viewers checked in from many countries around the world. For the Festival in August, they’re hoping for an even greater reach.

If you held a premium pass last year, your $1,200 ticket would have given you access to the over-36 events of the three-week festival. This year’s festival, lasting for two weeks, is completely free. In case you were wondering, artists were paid for their work this year, thanks to the festival’s generous sponsors.

The video stage may be small – or as large as your monitor – but the airtime available to singers has expanded to cover the world. No matter where you live, come and be part of the Savannah VOICE Festival, held in one of the most beautiful cities in the US.