In Tune Society
King Aeolos and his Bag of Winds
by Georg Predota June 25th, 2015 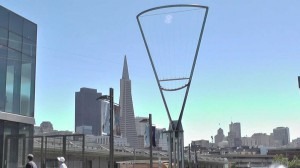 Helen of Sparta was considered the most beautiful woman in the world. Sadly, she was married to a drab, conceited and seriously overweight king. When her lover Paris—who turns out to be the Prince of Troy—couldn’t take it any longer, he abducts the fair Helen and plunged Greece and Troy into an extended military conflict. The “Trojan War,” as it was called, lasted for over ten years and caused the deaths of many heroes, including Achilles and Ajax, as well as Hector and Paris. The war finally ended when the legendary king Odysseus built the “Trojan Horse” and tricked the Trojans into defeat. However, the gods were decidedly unhappy that the war had not been won in battle, but won by deceit. And so they punished Odysseus by preventing his homeward journey.

Desperately trying to return to his wife and his kingdom, Odysseus reached the floating island of Aeolia. That’s when he met Aeolos, the keeper of the Winds who lived with his wife and his twelve children in a bronze castle. Aeolos had captured all the strongest winds in an ox-skin bag, and feeling pity for Odysseus, gave him the bag of winds as a present. Odysseus attached the bag securely to the ship and allowed for a small opening so that only the mild Zephyr was allowed to blow. Already within sight of his homeland, however, his companions suspected that the bag was actually full of gold and silver. Once they had fully opened the bag of winds, a powerful typhoon emerged that blew their ship all the way back to Aeolos.

What a great story! The reason I am actually telling you this mythological tale is because it inspired one of the oldest musical instruments known to mankind, the “Aeolian Harp.” This musical instrument is entirely played by the wind and produces sounds as the results of vortex swirls lapping the back of the strings. In modern lingo, this is called the “Kármán vortex street effect.” The motion of the wind across the string causes periodic downstream vortices that cause the string to vibrate. However, what you hear is not the fundamental note of that string, but rather a simultaneous sounding of non-harmonic overtones. The velocity of the wind is directly related to the pitch and volume heard by the listener; the greater the wind speed, the higher and louder the activated overtone. The result is a shimmering and almost outer-worldly tone quality, ranging from melancholy warbling to distressing groans.

Orpheus, considered the original poet in Western Culture, supposedly held readings accompanied by the music of wind harps. And King David, we are told, hung his harp in an open window and was mesmerized by the ethereal sounds produced by the wind. Like many other things of Greek origin, the Aeolian harp was rediscovered in the Renaissance and extensive experimentation with its physical and acoustic properties led to a variety of imaginative designs. But it was Romantic literature and music that truly gave voice to their fascination with this instrument—please have a read of my related article. If you want to experience modern invocations of the Aeolian harp, you will have to visit San Francisco, Seattle, Vermont, the Irish Coast or various other locations around the world.