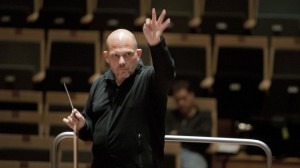 For the majority of people in the known Universe, the name Aaron Gordon is not necessarily a household name. Yet, he makes roughly 4.5 million US dollars a year chasing after an orange ball in the National Basketball association. No disrespect to Mr. Gordon, but in the NBA salary ranking he comes in as a lowly Nr. 200! Mr. Chris Tillman has an apparent aptitude for chasing after a small white ball in the Major League Baseball Association, and being ranked 200th on the salary list earns him roughly 6.3 million dollars a year! Salary figures are similar for soccer thespians entertaining countless minions with dramatic and highly eccentric dives and the resultant theatrical rolling around on the ground pretended to be on the verge of death. Mind you, when it comes to the superstars of their respective sports, these guys make mere peanuts. The really heavy financial hitters of the sports entertainment industry rake in close to 50 million dollars a year!

With that kind of money floating around in the sports arena, it’s hard to see why the classical music industry should be all in a hissy that Jaap van Zweden—music director at the Dallas Symphony and the Hong Kong Philharmonic Orchestra—has signed a 50 million US dollar contract for a 10 year engagement as director of music of the New York Philharmonic. Dubbed the “unremarkable Dutchman,” he certainly is the highest paid conductor in history! Besides getting his name and employment record consistently wrong, critics and journalists have gone to great length telling us why this “white-man-van is so wrong for the New York Philharmonic.” Mind you, most commentators appear to be outraged by the terms of his salary! To be fair, salaries in the sports and classical music industries are funded entirely different. While profit sharing, product endorsements and television rights generate the pay packets for our modern-day gladiators, conductors are primarily supported by dedicated donations from a small number of dedicated benefactors.

The single person financially responsible for Jaap van Zweden’s New York appointment is the business magnate David Geffen. He has made his money milking the public herd in the music and film industries, and decided to put his money towards some worthwhile causes. And for that he should be thoroughly applauded! The comedian Jay Leno once quipped, “In America, we like everyone to know about the good work we’re doing anonymously.” No so Mr. Geffin, who insisted that “Lincoln Center” is to be renamed “David Geffen Hall,” and that “Jap Vaughan Zoolander, or whatever the hell his name used to be,” legally change his name to David Geffen. While most of us have escaped the playground and stopped making fun of people’s names when we turned 4, I believe Jaap van Zweden is still underpaid! If van Zweden and the New York Philharmonic can help us to understand that music and art—to paraphrase Pablo Picasso—“are the lies that enable us to realize the truth,” he simply isn’t paid enough! Arts and Music, after all, are the boundaries where humanity starts; everything else is just rolling around in the mud!