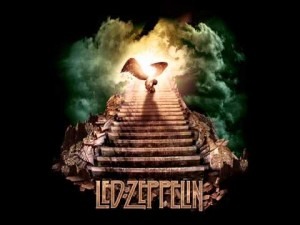 And once again, two huge copyright lawsuits have jolted the world of popular music over the last couple of weeks. In one case, Ed Sheeran is being sued for 20 million dollars over his single “Photograph.” It is claimed that the track has a similar structure to the song “Amazing,” by Martin Harrington and Thomas Leonard. The plaintiffs have submitted a huge stack of supporting documents, and claim that the chorus shares 39 identical notes, and that the similarities of the chord structure are instantly recognizable to ordinary listeners. The lawsuit says: “Given the striking similarity between the chorus of “Amazing” and “Photograph,” the defendants knew when writing, publishing, recording, releasing, and distributing “Photograph” that they were infringing on a pre-existing musical composition. The conduct of the defendants has been willful from the inception, and the copying is breathtaking in its deliberateness, magnitude, and hubris.” Just another case of deliberate pilfering, or simply an instance of arriving at a musical solution based on a common tonal harmony? I’ll keep you updated on this litigation.

The other huge headline involved the group Led Zeppelin, and one of their most famous and profitable tracks “Stairway to Heaven.” On the second day of deliberations, the jury unanimously found that the opening riff of “Taurus” was not intrinsically similar to the opening chords of “Stairway.” Aided by a musicologist on the witness stand, who “spoke way too academically,” it was determined that Zeppelin only copied musical traditions that go back thousands of years to Celtic folk music. The disappointed plaintiff dejectedly commented, “It is easy to make a statement that all art comes from prior art, but people who want to say they’re paying tribute if they just steal it, it’s disrespectful.” Given the huge amounts of monies up for grab, it’s not surprising that things have changed rather significantly. In the western classical tradition, paying tribute to the musical accomplishments of a colleague by using polyphonic fragments of a motet or secular chanson as part of the melodic material for a new composition was considered the highest form of respect.

This compositional technique, which was exceedingly common in the 16th century, was called “parody.” Although some bawdy secular songs were occasionally used in the composition of sacred repertories, “parody” had nothing to do with humor. In fact, we might be better served by simply calling it “imitation.” There are literally hundreds if not thousands of such “imitations” in the extant musical sources, so let me give you a famous example. The Franco-Flemish composer Josquin des Prez was one of the musical superstars of the early 16th century. In the course of his long and industrious working life, he composed the 4-part French chanson Mille Regretz. Because of its gorgeous and haunting simplicity, it became the favorite piece of King Charles I of Spain!

A thousand regrets at deserting you
and leaving behind your loving face,
I feel so much sadness and such painful distress,
that it seems to me my days will soon dwindle away.

Josquin des Pres: Mille regretz
You can easily tell why King Charles I of Spain liked the piece! Strophic texts and simple, yet highly expressive poetry is deliciously matched by gently flowing music. The musical texture alternates between homophony and imitation in all of the voices. And given the invention of music printing, Mille regretz soon appeared in anthologies far and wide. Predictably, it quickly served as the inspiration for a number of new compositions that weren’t at all shy of including significant portions of the original. There is a mass by Morales, a poignant 6-voice motet by Nicolas Gombert, or the complete transfer into a purely instrumental context by Luys de Narvaez and Tylman Susato. In the age of courtly chivalry and prior to copyright legislation, imitation was after all, the highest form of flattery and not a capital offence!