Something Beautiful and Something Natural 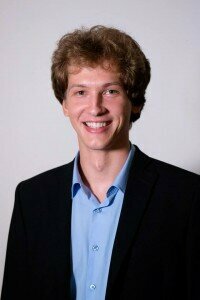 Before Hong Kong, Ivan travels to Venice and Milan, playing some of the repertoire from his upcoming Asian tour. Despite not yet having finished studying at the Zagreb Music Academy, Ivan is already in demand around the world, having been brought to prominence following his recent scoop of first prize at the 2017 Ferruccio Busoni International Piano Competition.

A common curse of the travelling musician is never to have quite enough time in the place where the concert is happening. ‘You often simply arrive in a city, play a concert and leave,’ Ivan explains. ‘I always think when I come to a city that I like that I have to come back.’

‘When you travel a lot, and you don’t have a lot of time in these places, you understand a big truth: it’s not really important where on the planet you are. You understand that the music is universal – you can do it wherever you want. The world is not as big as you might think!’ he laughs.

For Ivan, it doesn’t matter where you play, be it Zagreb or Hong Kong: ‘The most important part, the part that people appreciate and hear, is your inner feeling of those pieces. It’s like a psychological thing. One thing is stamina, technique and notes and everything, but another is living through the music, presenting it very sincerely, going really into it.’

For many musicians, accessing this ‘inner feeling’ of a piece in performance hinges on a pre-concert ritual or superstition. Ivan’s approach is refreshingly simple: 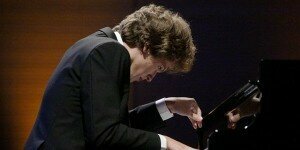 ‘Everybody has their own opinions and habits. It’s a lot about habits. I imagine a lot of people have a lot of things they have to do before a concert. But we need to practice as it is. We as musicians have to practice, and practice is like a habit, like a ritual for us. So my opinion is that it should become natural.

‘I don’t think concerts should be seen as something very demanding, with a lot of stress and all those hard feelings. But I think for me as a pianist, the natural thing should be to play the piano, and play in front of people. It’s not easy to achieve at all, to be natural in front of people and play these pieces we choose, but it should be the ultimate goal for every musician: to make it all as natural as possible. A lot of concerts help you to understand this even better.’

For Ivan, the ultimate test is simply of endurance. ‘If you don’t really like it with everything you have, you won’t be able to do it because at some point it will be too much for you. If you really love it then you’ll enjoy every concert and discover a lot about yourself.

‘The ultimate goal is that the concert should be something beautiful and something natural at the same time.’

‘People today are a bit frightened by classical music,’ Ivan explains to me. ‘Classical music isn’t so near to them. If you are a musician, a concert is something full of stress and expectations. It’s all those kinds of things that aren’t helping. You’re tight with it; you can’t really relax, and this is something I really want to tackle.

‘In the end, when you do it like this, then you understand how rewarding it is, and how it really makes sense.’

In Ivan’s eyes, if you aspire to a natural performance all else follows: 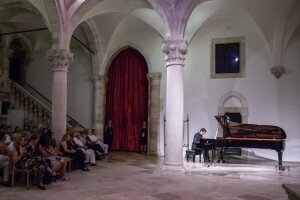 ‘One day you might be ill, or late, or not have any time to prepare. All these things show you what you really think about it. For me at least, they all direct you in one way: just be natural. Do it like it’s a natural thing to do.

‘When you think about it that way, you understand that the energy you put into it isn’t lost. In the concert, it’s not just like you’re giving energy while you’re playing. I think music is a changing of energy. It’s not just that you lose something during a concert, that you are tired afterwards, but it’s really something special, something magical.’