Features
Instruments of the Orchestra III: The Cello
by Maureen Buja March 7th, 2015 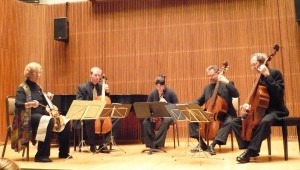 The orchestra string section rests on two supports: the double-basses and their smaller cousins, the cellos. I say cousins because the cello and the double bass actually have different antecedents. The cello is part of the violin family and the double bass from the viol family, about which more next time. The name cello is the shortened version of its full name, “violoncello”.

The body of a standard cello is 48 inches (121.92 cm) long. The instrument is far too long to be held in the arms, as are the violin and the viola, which are 14 inches (35.8 cm) and 16.5 inches (41.9 cm) respectively. The cello is held in a vertical position, with the player’s legs stabilizing the instrument. One of its predecessors, the viola da gamba, tells you in its very name that it was to be held in the legs (gamba = leg in Italian) 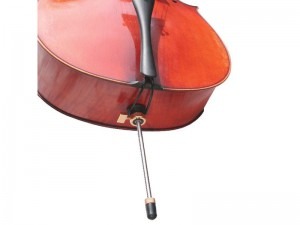 The modern cello, however, has an endpin that supported the instrument from the floor. The player is now freed from supporting the instrument alone and this gave more freedom of movement. Because it has to support the instrument and its movement, the pin is made of metal – or, in very modern cases, carbon fibre. When not in use the pin is stored in the body of the instrument

There has been a modern move towards the angled endpin, which holds the instrument at a different angle to the body than the straight endpin. 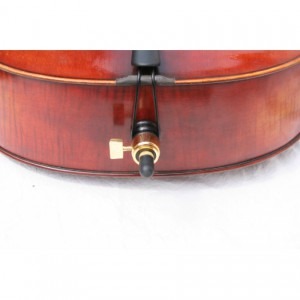 The ancestor of the cello was the bass violin, which was created in the early 16th century as an instrument to be used on conjunction with the violin. The strings on the violin and viola in the 16thc century were generally made out of gut (made from a natural fibre found in large animal intestines. Although these strings are generally called “cat gut” strings, no cats were harmed in the making of gut strings – they generally came from sheep or goat intestines). For the cello, however, stronger strings were made by wrapping the gut strings with very fine wire. This enabled the longer strings to produce a better sound.

The sound of the cello is a warm low voice, more substantial than that of the viola, but not as deep as that of the double bass. In many chamber ensembles, the cello forms the bass voice, as in string quartets, where its support of the upper strings is an integral element of the success of the ensemble.

The cello had a large repertoire in the Baroque period, with 25 cello concertos by Vivaldi alone. The most famous of the solo cello works of the period are the six solo cello suites by Bach, written around 1720.

As with the viola, it was in the 20th century that the cello repertoire began to grow. One important reason for this was the cellist Mstislav Rostropovich, who commissioned or gave the premières of many new works by the leading composers of his time: Prokofiev, Britten, Shostakovich, and others. Many of these works have entered the repertoire. 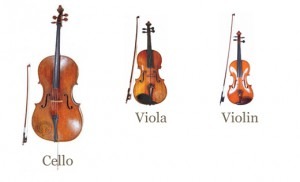