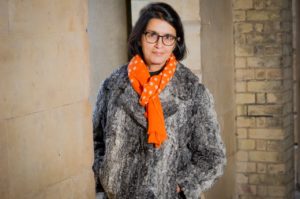 Tell us a little about your background and how your interest in music and specifically opera developed.

I was born in 1956 in Cable Street in London’s East End, and I am the only opera impresario who spent their childhood in a house with an outside lavatory. My parents, from Delhi and Agra, had fled India at Partition to take refuge in the UK. I attended a state grammar school (Burlington Grammar School for Girls in White City), played the violin in the National Youth Orchestra and went on to study music at St Hilda’s College, Oxford.

After 10 years in the city, programming and designing financial computer systems, I started a small computer consultancy which gave me the flexibility to spend more time conducting. I’ve always had this sense that the arts provide some kind of insight into the ultimate truth, whereas banking and computer systems don’t. 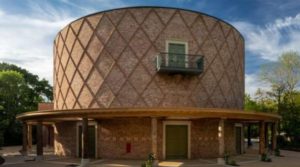 Who or what are the biggest influences in your career?

But I don’t have a “career”! The biggest influence is my mantra to work as hard as possible. And the fact that I don’t get tired. Then I jump into bed and fall straight asleep.

Grange Park Opera is your latest opera enterprise; how did you arrive at this point and what challenges did you encounter along the way?

It all began with Pimlico Opera and by 1992, I was made Chief Executive of Garsington Opera in Oxford. During my five years’ tenure, I more than quadrupled its turnover. In 1997, I founded my own opera company/charity, Grange Park Opera, and built an opera house in Hampshire. I also started the operas at Nevill Holt in Leicestershire. 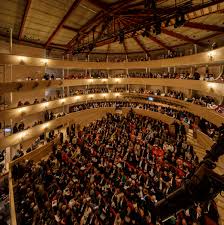 Wormwood Scrubs Prison in London is very far removed from the elegant surroundings of Grange Park: what motivated you to put on opera in a prison?

It was the Pimlico Opera days and we were performing for the National Trust, for private banks, in other big houses, and I suddenly thought “Why not do a show for prisoners?” I had gone to school behind Wormood Scrubs prison, so around 1989 I wrote to the governor and the rest, as they say, is history. Here I am 30+ years later…. and we’re still in prison. That’s a long sentence!

You founded Grange Park Opera in 1997 and it has recently relocated to Surrey. Tell us about the process of securing the land and building the new opera house, known as the Theatre in the Woods.

In 2015 our Hampshire landlords terminated the charity’s lease and we had two years to find a new site, get planning permission, raise £10m and build a new opera house. Miraculously, we did it.

We found West Horsley Place in 2015 and applied for planning permission in January 2016. It was granted in May 2016 and we had one year to build the five-tier opera house based on La Scala. It is in a magical wood behind the historic orchard and we named it the Theatre in the Woods.

Meanwhile…..we had to raise money to build it. I had assumed we would have to borrow cash at some point but people were very, very generous. No loan was necessary. 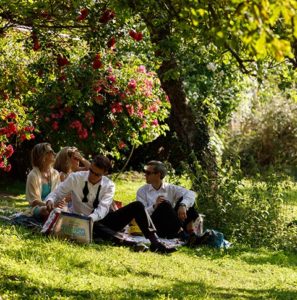 The new location West Horsley Place, an estate in the Surrey Hills inherited by Bamber Gascoigne, is much closer to London, which is obviously a huge advantage. The audience usually, but not exclusively, dress in black tie/evening dresses and arrive two hours before the performance to wander, glass of champagne in hand, at leisure through this magical demi-Eden. A convivial atmosphere reigns – the city seems far away. A walk through the ancient Orchard – passing a 300-year-old mulberry tree, damson, pear and apple trees – takes you to the opera house for Act 1.

The long dining interval is an all-important part of the evening. There are two restaurants but some guests take a more bucolic approach and fling down a rug and picnic. When the opera ends, the audience walks out into the magical moonlit wood and through candlelit formal gardens.

The whole experience is beyond stylish. (There are even 47 vintage cars on offer (for a fee) to drive you from (and to) London or Horsley Station. Imagine arriving pre-War Rolls Royce. 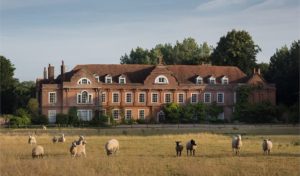 What are the particular pleasures and challenges of running your own opera company?

Pleasure: you can put on anything you like as long as you can pay for it! Challenges: every problem lands on my desk.

What are you particularly looking forward to in this season at Grange Park Opera?

The 2020 season combines mainstays and eyebrow-raisers: the traditional and the unexpected. We’ve possibly the biggest statement of the entire summer opera season: La Gioconda with superstar tenor Joseph Calleja fresh from the Met, New York, to play nobleman Enzo Grimaldo in this tragedy of Shakespearean scale. Ponchielli’s luscious musical palette tinges a Verdian richness with a biting acidity. The ribbon on the box is the Rambert School to perform the Dance of the Hours.

Then there is more acidity with a world premiere: The Life & Death of Alexander Litvinenko by Anthony Bolton. Not to be missed.

Do you think opera is elitist?

This “elitist” tag is predicated on the idea that you need to know something to enjoy opera. You don’t. All you have to do is walk into the theatre and sit in a seat. A narrative is transmitted by 70 people in the orchestra, 50+ people on stage, all performing live, right in front of you. As the story unfolds you will feel lots of things. The people around you will feel different things. There is no right or wrong. Whatever you feel is an insight to your humanity. It makes you a better, bigger person.

What advice would you give to young and aspiring opera singers?

Work harder than everyone else. It’s a very competitive world.

Grange Park Opera, founded in 1998 by Wasfi Kani OBE, has staged more than 80 operas, performed to more than 300,000 audiences, nurtured the careers of young singers and created a family of supporters that has helped raise more than £22m in funds to support Grange Park Opera, which receives no subsidy from the government. Only 23 miles from London, Grange Park Opera is an integral part of the English summer season.

Wasfi Kani is an Honorary Fellow of the RIBA and St Hilda’s College, Oxford. She received an OBE in the New Year’s Honours List 2002 for her work in bringing her second opera company, Pimlico Opera, into prisons.

This annual initiative gives inmates the opportunity to work with professional directors and singers in creating a production which the public attend. The latest show was Hairspray, 7-15 March 2020 at HMP Bronzefield. This is the 28th collaboration and more than 60,000 public have ventured inside to witness remarkable talent. Besides the work in prisons, Pimlico Opera gives a half hour singing class to 2,000 primary school every week of the school year a part of Primary Robins.