Artists Behind the scenes
In touch with Peter Katona
by Nicolette Wong February 6th, 2014 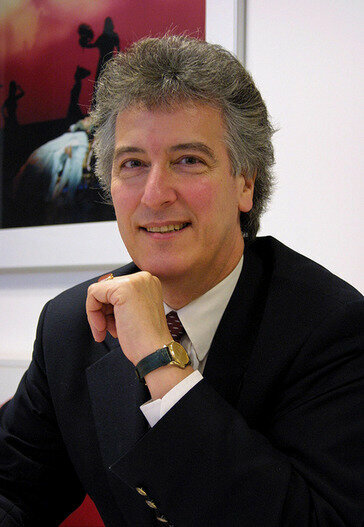 Peter Katona is the Director of Casting at the Royal Opera (London, United Kingdom) and spends much of his time travelling around the world sourcing talent. I asked him what it was like growing up in a musical environment, and found out that both attending performances and serving as a jury member in international competitions yield the same purpose for him: to discover talent.

I understand both your parents were opera singers. What was it like growing up in such a musical environment? Were you inspired from a young age to pursue a musical career?

It certainly inspired me to visit Berlin’s three opera houses from a very early age, attending not only operas but also concerts and straight theatre performances, and consequently I have vivid memories of performances and performers from that time, all of which helped in the development of my artistic judgement (the ‘failures’ I witnessed also contributing to this process). Through the medium of recordings, I also closely studied the singers who were active during the first half of the 20th century, and at the age of 18 I started writing reviews and essays and conducting interviews for specialist magazines. My parents never actively encouraged me to seek a career in opera since they were of course well aware of how insecure a world it can be and how success can never be guaranteed, even for non-performers. At the age of 22, however, I received an offer to work with Christoph von Dohnanyi when he assumed the music directorship of Frankfurt Opera. This I accepted, later moving with him to Hamburg. It was during these years that I got the opportunity to learn everything I still needed to know concerning opera casting and planning. However, I should make the point that my instinct for singers and singing was pretty well developed by the time I started with von Dohnanyi and – interestingly – that it has remained broadly consistent to this day. 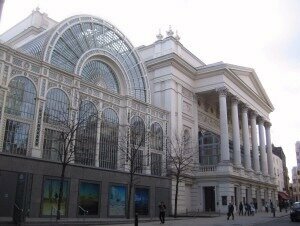 You started your career at The Royal Opera first as Artistic Administrator in 1983, and you are now Director of Casting. I believe the structure of the managerial and musical positions has evolved over the years – would you mind giving us a brief summary of the present roles and responsibilities?

As Director of Casting for the Royal Opera, I am, together with music director Antonio Pappano, opera director Kaspar Holten and his deputy John Fulljames, a member of the core team that shapes and determines the artistic objectives of the Royal Opera. Together we sketch out broad plans for the repertoire, after which it falls to me to draw up a detailed schedule for each season and to select the conductors and singers, whose contracts I then negotiate. The four of us continue to have spontaneous and informal discussions along the way, however, which is illustrative of the closely collaborative way in which we operate. It is a professional relationship I have come to value greatly, since I am very aware that few other opera houses execute their business in such a harmonious way. 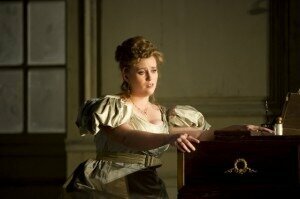 You have worked with Sir Colin Davis, Bernard Haitink and Antonio Pappano; would you mind sharing some of your most enjoyable/inspiring experiences?

My stock of anecdotes and memories is almost inexhaustible (and for the most part probably unprintable)! I have never consciously collected stories though; they simply spring to mind… Some of them are of course extremely funny, although when it comes to the three ROH music directors with whom I’ve worked, foremost in my mind are their magnificent achievements as music-makers. Whilst they have very different qualities, as great artists invariably do, they have all left their individual mark on the Royal Opera and I continually bless my good fortune at having had the privilege to work alongside them in the uniquely inspiring atmosphere of this theatre.

How has recruitment for new singers developed over the years?

Like so many other aspects of modern life, the process of recruitment has become more global. A crucial part of my job has always been to remain as informed as possible across the entire spectrum of operatic talent, ranging from complete newcomers to superstars, sourced from the entire world. It is a mission which is impossible to achieve completely, obviously, but it is essential to try one’s very best, through auditions, through travelling to performances in as many different countries as possible, by attending opera competitions throughout the world and by generally keeping one’s eye continually on the ball through regular contact with opera agencies and one’s counterparts in other theatres. It does of course help a great deal that I’ve been doing this for as long as I have (longer than I care to admit!), since over the years I have accumulated a vast stockpile of information and experience on which I can draw. It is certainly fascinating to discover what sticks in the memory and to note how, with the passage of time, the brain seems to select automatically which impressions are worth retaining and which not.

To what extent do competitions help young singers who wish to pursue a career in opera?

For me, competitions only form a part of the process of collecting information. For fledgling singers they are a platform from which they can reach a lot of important people at once, so winning is not always the sole objective, particularly given that the opinions of juries are often wildly at odds. In fact, some of the ‘best’ voices frequently get eliminated well before the finals even take place – a brutal fact, but a fact nonetheless. I have certainly discovered quite a number of excellent young singers via competitions but they are a world in themselves. Winning prizes does not guarantee a successful future career. In fact, it often proves to be the opposite.

As a juror for the Hans Gabor Belvedere International Singing Competition, how do you think this Competition is different from others, both in terms of the selection process/repertoire required and the opportunities it provides prizewinners?

Well… The jury for the Belvedere Competition is often bigger and more diverse than elsewhere, and competitors hail from all four corners of the world. But any competition needs a degree of luck if it is to produce significant winners. The Belvedere had such luck in 2011 in the shape of Rachel Willis Soerensen, who was herself lucky enough to land two engagements at Covent Garden immediately afterwards – firstly as the Countess in Figaro under Antonio Pappano and shortly afterwards as Gutrune, also conducted by Pappano – both of which were the result of short-notice cancellations by other artists. Following that initial stroke of good fortune, her career was well and truly launched (she is currently working in Dresden with Christian Thielemann), showing that to be in the right place at the right time can give an artist an enormous boost career-wise, although in the end I do actually believe that star quality will somehow always be discovered and recognised. It starts with the voice and an overall natural talent – two very different things, I should add – but a balance between self-belief and self-criticism is also necessary, something which can also be very difficult to achieve. If it is, though, someone of influence will eventually always notice!