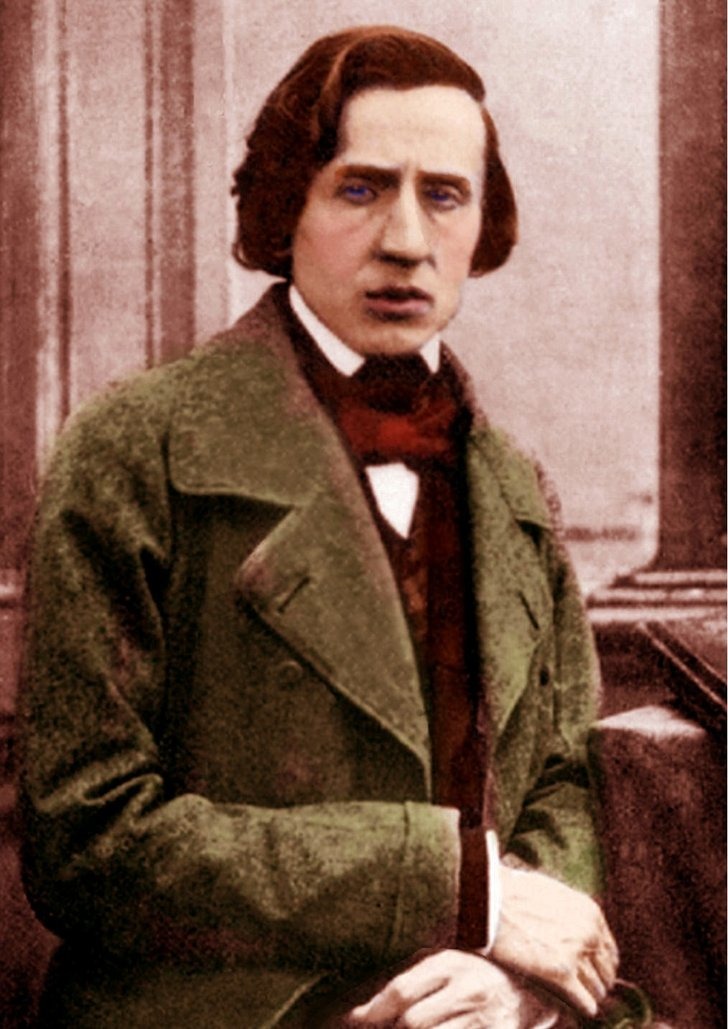 The Polish-Russian War of 1830/31 was essentially an armed rebellion of a politically partitioned Poland against the Russian Empire. Although the Polish resistance was able to achieve some minor victories, the Imperial Russian Army quickly crushed the uprising. With Poland an integral part of Russia, Warsaw became “little more than a military garrison.” And that meant the immediate closure of the university and the Warsaw conservatory. Merely months before the start of the uprising, Fryderyk Chopin had graduated from the conservatory showing “exceptional talent and musical genius.”

When he “set out into the wide world, with no clearly defined aims” on 2 November 1830, he carried with him a number of compositions originating from his tutelage with Józef Elsner at the Warsaw conservatory. Among them was the Second Piano Concerto in F minor, Op. 21. Although designated as his No. 2 and published after his First Piano Concerto, it was actually composed first. This work was strongly influenced by the technical wizardry of Niccolò Paganini and Johann Nepomuk Hummel, both of whom Chopin heard in concert in 1829. Although one of the most original and idiomatic writers for the piano, Chopin’s treatment of the orchestra has been heavily criticized. Most famously, Hector Berlioz called it “nothing but a cold and useless accompaniment.” In a formal sense, Franz Liszt suggested that, “Chopin did violence to his genius every time he sought to fetter it by formal rules.” Yet Chopin was not interested in a cohesive and densely argued musical drama, but rather created a loosely organized showcase for a virtuoso soloist. One reviewer suggested that the work “lingers in the memory for the poetry of its detail rather than the strength of its structure.” It is hardly surprising therefore that this concerto is the only large-scale early work of Chopin that has managed to retain a place in the repertoire.

The F-minor Concerto fuses a conventional concerto structure with influences taken from the “brilliant style” popularized by virtuosi pianists on concert stages throughout Europe. But the work also contains the composer’s deeply personal musical reflections of his native Poland. The “Maestoso” provides a simple, yet elegant orchestral introduction that never attempts to become an integral partner in the musical conversation. Rather, the orchestra gently supports the piano throughout, providing an effective and appropriate orchestral background. Chopin’s melodic inventiveness emerges in the piano, as the soloist repeats the main themes before introducing virtuoso figurations and ornaments. Improvisatory in character, the movement gradually builds to a climactic return of the orchestra. Deeply lyrical elaborations and repetitions feature a transparent and sparkling solo part, with colorist touches added by the orchestra. Critics have called the slow “Larghetto” an “exquisite tone poem, in which extremes of emotion are expertly juxtaposed.” In fact, this movement, which features a melody that serves both a lyrical and dramatic role, was Chopin’s declaration of love for the Polish soprano Konstancja Gladkowska, who apparently never returned the composer’s affections. The concluding “Allegro” provides ample testimony of Chopin’s dazzling pianistic writing and the seemingly endless variety and diversity of his melodic invention, all culminating in a pyrotechnic display of virtuosity in the Coda.