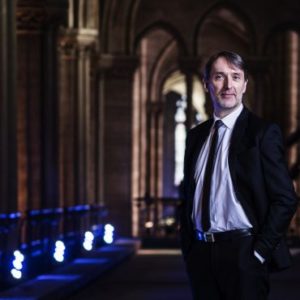 An organist, unlike other instrumentalists, is tied to the space where the organ is located. It is in knowing that space and the properties of the instrument that the performer can optimize even the greatest organ’s sound. And, Mr. Latry knew his space very well, or he did until the catastrophic fire at the Cathedral de Notre-Dame in Paris last April. As organist of the Cathedral and with an organ in his charge of magnificent proportions, Mr. Latry filled the space as no one else could.

His 2019 recording, Bach to the Future, looks at Bach knowing that what he’s considering skews the perfect equilateral triangle between the composer, the music and the performer/instrument. He is not only playing a non-Baroque / Classical organ but also playing Protestant music in a Catholic setting. But in knowing his organ and his space (not forgetting the 7-second reverb time in the cathedral), he has to look at the music and see what he knows can happen, and, equally important, what isn’t possible. He considers Bach’s music to be transcendental, i.e., it is not only timeless, but even, perhaps, not of this world, and therefore susceptible to new performance spaces and new interpretations.

In the French-titled Piece d’Orgue, Mr. Latry sees Bach paying homage to composers such as Couperin and finds it fits perfectly on his French organ, made by Cavaillé-Coll. 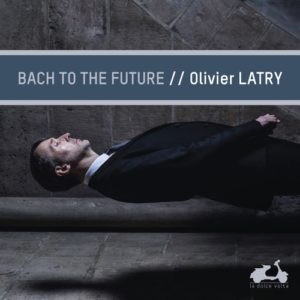 Even his own ideas about the music have to be tempered by the space. The virtual conversation of the composer, music, and performer/instrument has to be guided by the instrument and he considers it the best teacher. His instrument has many stops that wouldn’t have been found on a Bach organ and he feels free to use the instrument’s capabilities. In the chorale In dir ist Freude, he heard one of the themes played with the pedal as very bell-like so he uses the jeu de cloches (chimes) stop of the organ.


We spoke about the damage to the Notre-Dame organ following the April 2019 fire and he said that the cleaning process will entail taking everything out. The main organ was not damaged in the fire, but similar to the fire at New York’s St. John the Divine in 2001, smoke damage means all the pipes will need to come out for cleaning. Each new generation of French organ builders has kept the organ at optimal modernity, and today’s organ has electronic assists that the original one wouldn’t even have heard of. Yes, even through all the updating, there are still 9 pipes remaining of the Cathedral’s first organ in the 14th century. The majority of pipes are still not young, with most from the 18th and 19th century. The over-8,000 pipes will require some 4 years of restoration, but this has to be done with knowledge that the pipes are lead and special protection will be needed for the technicians. Even the neighbourhood around the Cathedral is being monitored for fallout from the fire because the lead roof that melted and put the metal into the environment. 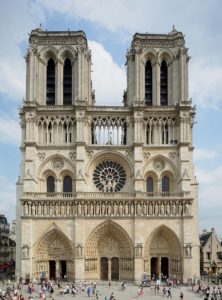 Recording on the organ, for Mr. Latry, is a difficult proposition. For him, a recording can never substitute for actually being in the organ’s home space. He’s also not a great fan of recordings that don’t bring something new to the ear – what’s the point of being another in a long line of people playing the same thing over and over?

He compares the need to be in the organ’s space with the Grand Canyon – you can look all the pictures in the world, but nothing replaces being there on the rim, getting a real feeling for a space that falls away below you, ending a mile down at the Colorado River. You, as the listener, need to experience the organ’s space. You need to listen to the difference between a French and a German organ. In addition, it’s not just the instrument and the space, all your senses contribute: you feel the atmosphere, smell the church’s candles and incense, and with your ears filled with sound, you might then begin to understand.

In this performance of Bach’s well-known Toccata and Fugue in D minor, listen for the part of the space of Notre Dame and that seven-second reverb.

Mr. Latry is temporarily playing at the church of Saint-Germain-l’Auxerrois, across from the Louvre.