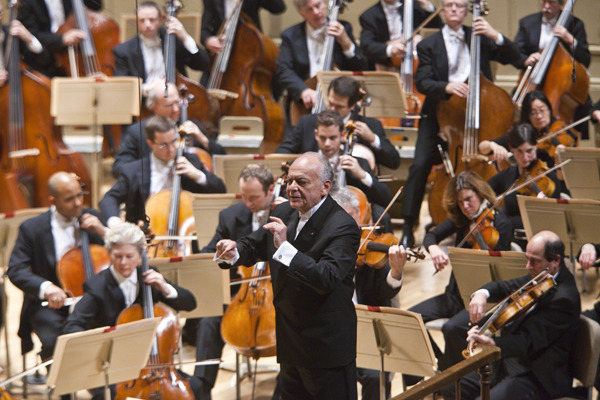 In anticipation of the Boston Symphony Orchestra’s visit to China in May, we caught up with Maestro Lorin Maazel and asked him a few questions about his work in China and repertoire for touring orchestras.

Lorin Maazel is an American conductor with an international career. Born in 1930, he studied both the violin and conducting as a child, making an appearance at the New York World’s Fair in 1939. As a violinist, he was leader of the Pittsburgh Fine Arts Quartet in the mid 1940s before attending university. His European conducting career began in 1953 and in 1960, he was the first American conductor at Bayreuth. His first visit to Asia was in 1963 as a guest conductor in Japan. Many other conducting appointments followed, most importantly at Vienna Staatsoper (1982-1984) and the Pittsburgh Symphony Orchestra (1988-1996). Among his most recent activities in China was his opening of the new Guangzhou Opera House conducting a performance of Chen Kaige’s Turandot, performed by singers from the Shanghai Opera House.

Recently, he’s devoted more time to composition, conducting the première of his Symphony No.1 with the Vienna Philharmonic in 2000. His opera 1984, based on the book by George Orwell, opened at Covent Garden in 2005. He also pursues violin performance and has a recording of virtuoso violin works on RCA.

Maazel has been involved with China for many years and we were interested in his thoughts on the new concert halls and performing arts centres that have sprung up all over China in the last decade or so. He thinks that “the new concert halls and opera house venues in China are spectacular, both acoustically and aesthetically.” He commented that he found them to be user-friendly, with excellent back-stage areas and good sight lines. In addition, they offer many advantages over the older American halls. In particular, he thought that the new performance spaces were ‘cozy’ and this had the effect of encouraging performers psychologically to give their best. The two American halls he thought of note were Symphony Hall in Boston, built in 1900 by the architects McKim, Mead and White, and Symphony Center in Chicago, built in 1904 by Chicago architect Daniel Burnham. 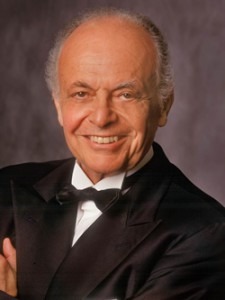 In terms of the development of classical music in China, Maazel noted that he saw an emphasis on the building of young audiences. Because parents believe that exposure to western classical music stimulates the intelligence and sharpens one’s perceptions, there is a corresponding growth in classical music audiences among the young. This is a sharp contrast with audiences in the west that are famously “greying” out.

Maazel has been very instrumental in bringing many Chinese musicians to the west and he noted that, without exception, these Chinese musicians have flourished and found inspiration outside China. One Chinese artist who has gained much through her work with Maazel is Zhang Xian, who took co-first in the first Maazel-Vilar Conducting Competition in 2002. Since then, she was assistant conductor with the New York Philharmonic (2002-2004) before advancing to her appointment as associate conductor in 2005. In March 2009, the Symphony Orchestra of Milan Giuseppe Verdi named Zhang as its music director, making her the first woman music director of an Italian symphony orchestra. In reflecting on the growing importance of China as a classical music center, Maazel noted the increasing number of musicians in “reverse migration,” with western musicians seeing training in China.

Maestro Lorin Maazel will be performing with the BSO at the Guangzhou Opera House.