Guest Posts
In Touch with Bright Sheng at The Intimacy of Creativity
by Cathy Hung May 9th, 2011 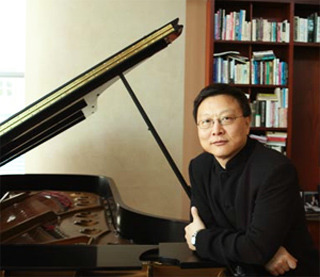 With a unique goal of fostering the earnest exchange of ideas between performers and composers, The Intimacy of Creativity at HKUST stirred an enthusiastic welcome in the local music scene. Bright Sheng, the event’s creator and a Chinese-American composer, seeks to revive close engagement between the two groups of artists, now largely forgotten but widespread in Mozart’s day. “It is a lost tradition,” says Bright. “In Mozart’s time, composers were always virtuoso performers.”


Over time, however, composers participated less actively in performance, resulting in diminished communication between players and writers. “Composers insist on their ways instead of trying to understand performers,” Bright explains. “But they are foolish not to understand performers because if they did they could channel a musician’s energy into their music and use it to make the music come alive!”

To Bright, music is living and depends 50% on paperwork and 50% performance realisation, which is why he believes performers should also have their say. For the Intimacy of Creativity, Bright selected six emerging artists from a host of applicants from all over the world to take part in a two-week intensive musical forum with prominent performers. The aim: to encourage refinement of musical pieces based on performers’ reviews.

Open rehearsals and discussions were held daily during the event, while composers fine-tuned their musical creations based on the performers’ suggestions. After an extensive and collaborative review process, the masterpieces will be staged as world premiere concerts. Such re-interpretation goes to the heart of what Bright had in mind for the public.

Having devoted his life to music, Bright finds his career two-sided. On the one hand, he feels fortunate to have a gift for creating art, and on the other, his passion for the arts can restrict his pursuing other career paths. Apart from composing, Bright also plans to focus on teaching. “When you’re a young artist, you try things and you have no burden,” Bright observes. “But when you’re mature, you have more life experience to create art. This is also why I want to teach.”

He draws a metaphor, contrasting sand with gold. “We know that gold endures over the years but at the same time you also need sand to make the gold stand out.” It is perhaps a tribute to his modesty that a prominent composer like Bright compares himself to grain of sand among musicians.

The composer also shares his perspective on where music is heading. “Eventually there will be a blending of all genres,” he says, adding that two kinds of music will remain: “Good and bad.” Regardless Bright believes high quality has at least one hallmark. “Good music should be written out of genuine sincerity,” he explains. “It should be something that touches the heart and moves people.”

The Intimacy of Creativity: Bright Sheng