Composers Anecdotes
In the Musical Service to Catherine the Great of Russia
by Georg Predota September 4th, 2020
Tags: Paisiello 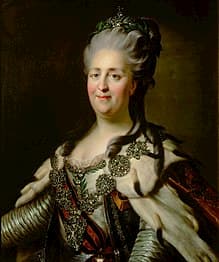 Portrait of Catherine the Great by J.B.Lampi
(1780s, Kunsthistorisches Museum)

Catherine the Great (1729-1796), born Princess Sophie of Anhalt-Zerbst, ushered in what many considered to be the “Golden Age of Russia.” She freed Russian nobles from compulsory military service and enthusiastically supported the ideas of the Enlightenment. She established a state-financed education institute for women—the first such venture in Europe—and she was the most important patron of the arts. As you might know, the art works housed at the Hermitage Museum started as Catherine’s personal collection. She personally wrote comedies and fiction, corresponded with Voltaire for the better part of 15 years, and received Elisabeth Vigée Le Brun, formerly the court painter to Marie Antoinette. Le Brun provided a vivid description, “I was very surprised at her small stature; I had imagined her to be very tall, as great as her fame. She was also very fat, but her face was still beautiful, and she wore her white hair up, framing it perfectly. Her genius seemed to rest on her forehead, which was both high and wide. Her eyes were soft and sensitive, her nose quite Greek, her color high and her features expressive.” 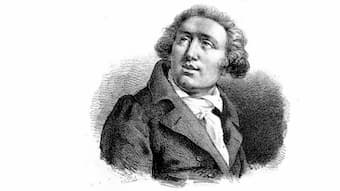 Catherine the Great also had great interest in music, but apparently she was completely tone-deaf. In 1776 Giovanni Paisiello accepted an invitation from the Empress to become her maestro di capella, and to run the imperial theaters in St. Petersburg. Catherine the Great was so fond of his services that Paisiello’s contract was renewed twice! And as we all know, he composed his undisputed masterpiece Il Barbiere di Siviglia (The Barber of Seville) in 1883, an opera that reigned supreme for three decades in Russia and in Europe.

Apparently, Paisiello received very favorable treatment from the Empress, arousing the jealously of nobles and members of the army. An interesting anecdote tells of a Russian military officer getting so incensed that he punched Paisiello in the face. Paisiello returned fire and gave the marshal a good beating. The military officer immediately made a complaint to the Empress that the musician had struck him, and that an attack on a Russian officer was punishable by death. Supposedly, the Empress laughed off the complaint by saying, “Sir, you forgot your dignity in striking a civilian and a great artist; and “as to your rank, it is in my power to make fifty marshals, but not a single Paisiello.”

Hermitage Museum Complex across the Neva