In Tune Sciences
I Sing, Therefore I Speak
by Desiree Ho March 25th, 2011 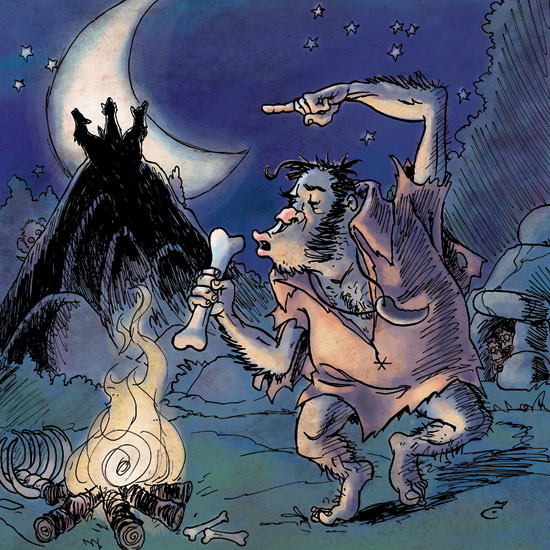 When Charles Darwin proposed the theory of Evolution, it quickly became common knowledge that organisms constantly adapt to their environment for survival. This is where the catchphrase “survival of the fittest” or “natural selection” comes into play. Favourable traits that help drive off predators, increase reproduction or make better use of resources are usually passed on to offspring, increasing the next generation’s overall rate of survival. Overtime, these traits appear more frequently in a population, and become more refined over time according to the environmental conditions.

Humans, likewise, have also evolved. The very same principle of adaptation is used to explain how homo sapiens have grown to outlive other hominids and primates, such as the Neanderthal man, another species of the homo genus that existed more than 500,000 years ago. 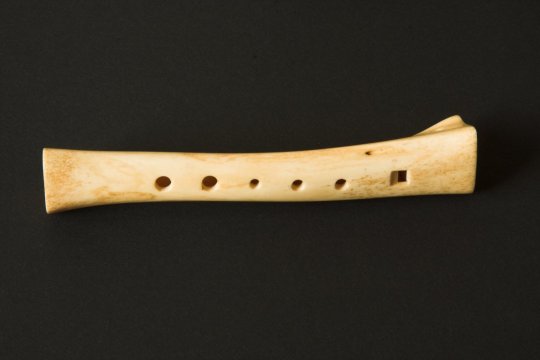 With this in mind, which skill would you think came to evolve first, singing or speaking? In general, one would probably think that speaking and sending verbal cues are more important than singing capabilities. After all, it would be difficult to imagine how primitive humans have managed to cross continents of mountains, glaciers and oceans without some level of verbal communication, as proven by the discovery of plants with Asian descent found in America. What does singing have to do with increasing our rate of survival anyway?

Yet, in Morovia, a bear bone consisting of a drilled hole was found together with a Neanderthal body. Many musicians believe that the bone found was in fact used as a basic wind instrument to produce different sounds. If they are correct, then it would imply that music appreciation is not only a phenomenon experienced by modern man, but has in fact existed long before our capabilities of speech.

What makes humans so different from other species? Is it our language abilities? Although the answer seems fairly straightforward, it is in fact a topic that has raised many debates amongst scientists. For instance, some argue it is because humans have bigger brains that make us more superior. Indeed, many animals such as apes, monkeys, cats and dogs have smaller brains than humans. Yet, whales, dolphins and elephants have much bigger brains than us, so how can this be explained? Well from a proportional perspective, humans do have a larger brain to body size ratio compared to these large animals, making up about 2% of body size. But that’s not a valid argument either, because rodents have brains about 10% of their body size. 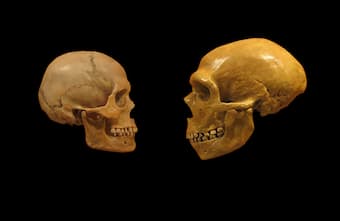 The reason why humans can speak and sing is attributed not only to the development of our nervous system and breath control, but also to the advancement of our vocal channels. In the evolutionary process of the human species, we can observe that humans gradually developed rounder brow ridges, a vertical forehead and a pronounced chin. Unlike most animals, this made it possible for humans to utilize the soft palate and muscles in the pharynx to produce sounds that other animals cannot.

Most animals also have tongues that are primarily used to push food backward during swallowing, just like in human babies. However, as babies grow older and their jaws grow longer, part of the tongue extends into the pharynx, enabling them to produce different sounds effectively. In contrary, adult Neanderthal fossils indicate that the tongue stayed primarily in the mouth cavity throughout adulthood, and therefore Neanderthal’s probably developed very limited language abilities. Perhaps it is this ability to communicate with very distinct sounds that enabled Homo sapiens to displace Neanderthals in the evolutionary process.

Without question, the ability to communicate with language is something that separates us humans from other organisms. Although birds and apes are unable to communicate with language, birds are found to have a distinct center in their brains dedicated to song. This presents an interesting observation from an evolutionary point of view. In short, it implies that during the evolutionary process, organisms first developed the nerve structures required for singing and speaking. Soon, song-like behaviours became the main means of communication. It was only until fairly late in the evolutionary process that we began to develop language abilities.

References: How Does Evolution Occur?, Neanderthal