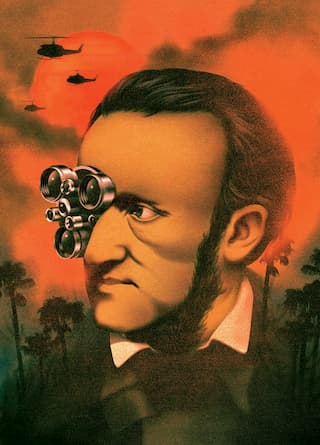 The composer has infiltrated every phase of movie history, from silent pictures to superhero blockbusters.

In February, 1915, D. W. Griffith’s silent film “The Birth of a Nation” opened at Clune’s Auditorium, in Los Angeles. It was advertised as the most amazing motion picture ever made—the “eighth wonder of the world.” Subsequent showings featured orchestras of up to fifty musicians playing a multi-composer score assembled by the movie-music pioneer Joseph Carl Breil. The film, set during and after the Civil War, is based on “The Clansman: An Historical Romance of the Ku Klux Klan,” a baldly racist novel by Thomas Dixon, Jr. In the movie’s climactic scene, Klan members ride forth on horses to save a Southern town from what the film characterizes as oppressive African-American rule. The score for this sequence is dominated by Richard Wagner: a passage from his early opera “Rienzi,” followed by a modified version of “The Ride of the Valkyries,” from “Die Walküre.” At the moment of triumph—“Disarming the blacks,” the title card reads—Wagner gives way to “Dixie,” the unofficial anthem of the South. Another card spells out what kind of nation Griffith wants to see born: “The former enemies of North and South are united again in common defence of their Aryan birthright.” Full story.