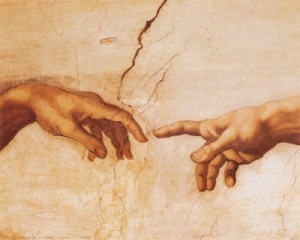 “The story of the creation,” Joseph Haydn wrote in 1801 “has always been considered the sublimest and most awe-inspiring image for mankind. To accompany this great work with appropriate music could certainly have no other result than to heighten these sacred emotions in the listener’s heart, and to make him highly receptive to the goodness and omnipotence of the Creator.” A seminal personality during the incipient stages of the musical process that would eventually lead to Haydn’s oratorio masterwork was the diplomat Baron Gottfried van Swieten, who had served as the Austrian ambassador to the court of Frederick the Great of Prussia in Berlin. Van Swieten collected a number of important musical manuscripts, among them works by J.S. Bach and George Friedrich Handel, and once he returned to Vienna and became the imperial librarian. However, van Swieten was also the head of the “Gesellschaft der Associirten,” an organization of noble patrons who subsidized large-scale performances of oratorios. Once Haydn triumphantly returned from his concert tours to the British Isles—he often said that he first became famous in Germany owing to his reputation in England—he devoted himself almost exclusively to sacred vocal music, masses for the Esterházy court and oratorios for Vienna.

Franz Joseph Haydn: The Creation
When Haydn departed from London, the impresario Johann Peter Salomon gave him a libretto entitled The Creation of the World. The libretto had supposedly been written for Handel, but never set to music. Haydn showed it to van Swieten, who “recognized at once that such an exalted subject would give Haydn the opportunity I had long desired, to show the whole compass of his profound accomplishments and to express the full power of his inexhaustible genius.” The “Associirten” promised Haydn 500 ducats and subsidized the copying and the performance. Remarkably, Haydn spontaneously decided to issue the music in a German and English edition, eventually resulting in the first original bilingual composition. Van Swieten translated the libretto and adapted the English text to the German version. In Part 1, Haydn treats the creation of light, land and sea, plant life and heavenly bodies, while Part 2 deals with the creation of animals, birds, fish, man and woman. Each day includes a recitative with text taken from Genesis, an aria or ensemble commentary, an additional recitative and a choral hymn of praise. Part 3 becomes a cantata devoted to Adam and Eve and to the further praise of heaven. The famous “Representation of Chaos,” which prefaces the oratorio, mysteriously begins in C minor and withholds musical cadences from the ends of phrases. This prelude acquires meaning only with the choral climax on “And there was light!” which is set in a blindingly brilliant C major.

The first performances were private affairs held at the Schwarzenberg Palace, yet hundreds of people crowded into the streets to hear this eagerly anticipated work. An eyewitness reports, “No one, not even Baron van Swieten, had seen the page of the score wherein the Creation of Light is portrayed … Haydn had the expression of someone who is thinking of biting his tongue, either to hide his embarrassment or to conceal a secret. And in that moment when Light broke forth for the first time, one would have said that light-rays darted from the composer’s blazing eyes. The enchantment of the electrified Viennese was so profound that the performers could not proceed for some minutes.” The work immediately became a staple of charity performances, with Haydn himself conducting, and it raised large sums of money. “I know God has favored me,” Haydn told his biographer Griesinger, “but the world may as well know that I have been no useless member of society, and that one can also do good by means of music.” Remarkably, The Creation was also performed more than forty times outside Vienna during Haydn’s lifetime; elsewhere in Austria and Germany, throughout England, and in Switzerland, Italy, Sweden, Spain, Russia and the United States. With its unique combination of sublime subject and Haydn’s music, the work universally appealed both to the high-minded and to ordinary listeners. And over the last 200 years, this crowning achievement of Haydn’s final creative period has lost none of its original appeal.

The Creation will be performed at the York Early Music Christmas Festival on 5 December 2015 by the Yorkshire Bach Choir and Baroque Orchestra.