The legendary entertainer and illusionist Harry Houdini exasperated his audiences with sensational escapes and vanishing acts. One of his most notable vanishing acts featured the disappearance of a fully-grown elephant from the stage. Of course, people have always found imaginative ways to disappear. Just think of Richard Wagner, who tightened his corset, put on a posh frock and bonnet and escaped the Dresden police for Switzerland. 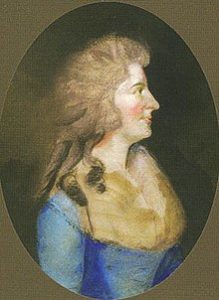 And you may well remember the sordid story of the composer Jan Ladislav Dussek and his wife, the harpist Sophia Giustina Corri-Dussek. Madam Dussek had fallen in love with a young man and devised a cunning plan to secretly depart England with her lover. On the pretense that her harp needed repair, she selected her harp case as the secret hiding place. She stuffed all her belongings into her empty harp case and was just about to enter the secret chamber when an alert servant foiled the daring escape. 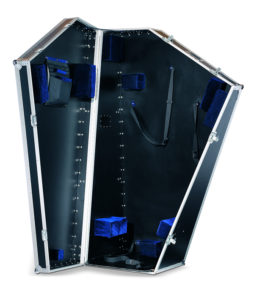 It seems that Mrs. Carole Ghosn has very recently taken that particular page from the musical playbook of history—she might even have read my story on Interlude! Alternately, she might also have seen a movie based on Anton Chekhov’s short story Romance with a Double Bass. That little charmer tells of a skinny-dipping bassist who accidentally meets a skinny-dipping princess, and smuggles her back into the castle by hiding her in his bass case. Nothing quite as racy here, but Mrs. Ghosn smuggled her husband, the former Nissan chairman Carlos Ghosn under house arrest in Japan for allegedly using 14 million pounds of Nissan cash to buy private homes in Paris, Beirut, Rio de Janeiro and Amsterdam, out of the country. Carlos Ghosn had been detained under strict bail conditions at his 2.7 million pounds Tokyo residence, and he was under 24-hour camera surveillance. He had been asked to surrender his three passports—he is a citizen of Brasil, France and Lebanon—and was unable to see his wife without the permission of the courts. Allegedly, they had been unable to speak to each other for the past seven months. Details are still a bit sketchy, but the “Ghosn Escape” apparently involved a double bass case, and special military forces disguised as musicians. According to a good many reporters, the thugs pretended to be members of a “Gregorian” band. A bit of an education gap here, I am afraid, as Gregorian chant is generally sung by monks without the use of instruments. Here is a little remainder of what Gregorian chant actually sounds like. 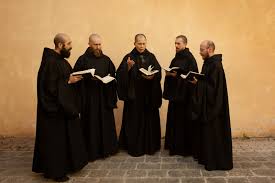 At any rate, the story goes that Ghosn held a dinner party in his penthouse apartment, and at the end of the performance the performers packed up their instruments. I wonder if these special military units actually had musical skills, or whether Ghosn simply turned up his stereo full blast? Whatever the case, Ghosn supposedly hid in a musical instrument case and was carried from his apartment. Since Ghosn is about 1.7 meter, or just under 5ft 6 inches, it must have been a double bass case, since a cello case would have seriously cramped his style not to mention his legs. It is clear that Ghosn could not take a commercial flight. For one, he did not have his passports and even more damningly, airlines really do not allow musicians to take larger musical instrument into the passenger cabin anymore. If you don’t believe me, just read some of horror stories involving musicians traveling on British Airways and other carriers. The story goes that he was taken to a small airport, transferred to a private plane and whisked away to Beirut via Turkey. 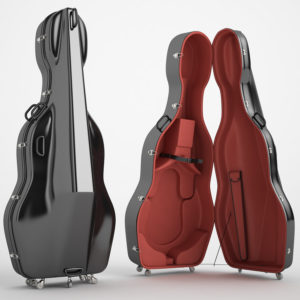 Japanese immigration officials meanwhile have no record of Ghosn having left the country. Ghosn’s Japanese lawyer Junichiro Hironaka said he was “surprised and baffled” to learn of the escape. He told reporters that he still had all three of his client’s passports, and that “it would have been difficult for him to illegally leave Japan without the assistance of some large organization.“ A Lebanese foreign ministry official told news organization that Ghosn had entered Lebanon legally on a French passport and using his Lebanese ID. And while some call his decision to flee “unforgivable,” others have argued “Ghosn would no longer be held hostage by a rigged Japanese justice system, where guilt is presumed, discrimination is rampant, and basic human rights are denied.” Apparently, Ghosn has stated that he “did not flee justice; I have escaped injustice and political persecution. I can now finally communicate freely with the media, and look forward to starting next week.” While we are all curious how this vanishing drama will play out in the end, if you ever have need of escaping in a double bass case, don’t go for the “Gregorian Variety.” It is probably much more satisfying to prep for your escape with this arrangement of Mozart’s Piano Concerto No. 24.