Composers Inspiration
“From the Diary of a Fly”
by Georg Predota April 17th, 2015 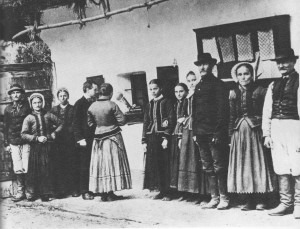 It must have been a wondrous sight! With an Edison recording machine strapped to his back, Béla Bartók traveled throughout remote regions of Eastern Europe and North Africa to record, and subsequently transcribe the folk music expressions of the common people. Eventually he published nearly two thousand traditional tunes, and wrote books and articles on this music. But even more importantly, the songs and sounds he gathered during these expeditions became a fundamental element of his unique twentieth-century musical voice. Bartók fused folk elements with highly developed techniques of art music more intimately than anybody had done before. Yet, simply gathering and publishing these folk tunes was not enough! Bartók was highly enthusiastic of passing on these cultural treasures to subsequent generations. And his Mikrokosmos, a collection of 153 piano pieces in six books of graded difficulty, is a work of great pedagogical value. It summarizes Bartók’s own style and simultaneously presents in microcosm the development of European music in the first third of the twentieth century.

Béla Bartók: Mikrokosmos, Vol. 6
Mikrocosmos is not a conventional piano method. According to Bartók, “technical and theoretical instructions have been omitted, in the belief that these are more appropriately left for the teacher to explain to the student. The first four volumes of Mikrokosmos were written to provide study material for the beginner pianist and are intended to cover, as far as possible, most of the simple technical problems likely to be encountered in the early stages. The material in volumes 1–3 has been designed to be sufficient in itself for the first, or the first and second, year of study.” Bartók had previously composed works with an educational purpose in mind. His Ten Easy Piano Pieces were augmented by several sets of folksong arrangements and intended as a piano primer. But the large-scale Mikrokosmos occupied him for several years. Bartók described the genesis of his new piano work in 1940: “Already in 1926, I was thinking of writing very easy piano music for the teaching of beginners. However, it was only in the summer of 1932 that I really began working on it, and at that time I composed about 40 pieces; in 1933-34, another 40 pieces, and an additional 20 in the following years. Finally, in1938 I had 100-odd pieces together. But there were still some gaps. I filled in this last year, and among others, completed the first half of volume one.” 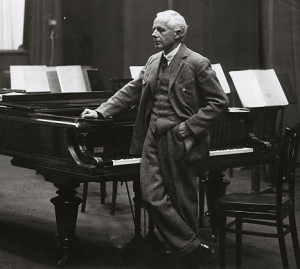 Bartók arranged the pieces in order of difficulty, and the first two volumes are dedicated to his son Peter Bartók. In fact, Béla was giving piano lessons to his younger son, and besides vocal and technical exercises, the student was given only pieces from the Mikrokosmos to play. Peter Bartók remembered that his father “sometimes asked me to wait while he sat down at his desk, and I would hear only the scratching of his pen. In a few minutes he would bring to the piano an exercise, or a short piece, that I was to decipher right away and then learn for our next lesson.” In volume 3, the keyboard range gradually increases, and volume 4, according to Bartók “should be combined with the study of other compositions such as the Booklet for Anna Magdalena Bach. Volumes 5 and 6 are intended as concert pieces for professional performances, but they retain the playful atmosphere and childhood imagery prevalent throughout the entire series. What aspiring or establish pianist would not take joy in performing pieces entitled “Village Joke,” “Melody in the Mist,” or “From the Diary of a Fly,” with the insect hopelessly caught in a spider’s web. Only after a mighty struggle does the fly manage to free itself!