For someone whose musical tastes change fairly regularly, it’s rather unfair to be asked to choose just ten, but there are certain pieces which remain long-time favourites.

My father was a fine amateur clarinettist and this was one of his favourite pieces (sadly, he had to give up the clarinet some years ago because it was affecting his teeth). We used to play a reduced version for piano and clarinet together, and he often practiced this with Music Minus One as I was drifting off to sleep as a child. Until I discovered it was actually a vinyl LP, I thought he had an orchestra in the living room with him!

My paternal grandfather was a fervent supporter of the British Labour party all his life, and a trade union leader in the 1960s. Largely self-taught, he enjoyed literature and music with a special fondness for Beethoven. I think he admired Beethoven’s indomitable spirit and had a great affinity with the fellow Old Radical and his music. My grandfather encouraged me to play the piano from a very young age, and this symphony reminds me of him.

I first encountered Schubert’s Impromptus (the D899 and D935 sets) when I was about 12 and my mum bought me the score, having heard Alfred Brendel play this music in a concert. I love all of the Impromptus, but this one is a particular favourite. It is both romantic and plaintive, beautiful and haunting.

This is my favourite piano sonata by Beethoven, and indeed by anyone. Written near the end of the composer’s life, there is nothing valedictory nor depressing about this music. Truly life-affirming, with its gentle opening movement and that amazing fugue, the most stable and steadying of music devices, in the final movement.

Like Schubert’s A-flat Impromptu, I have been playing this piece since I was a child, though the large chords eluded me for years until I learnt how to cope with them with relatively small hands. This atmospheric piece tells the legend, in music, of the cathedral of Ys in France, which rises mysteriously from the sea, its bells tolling, its monks chanting. 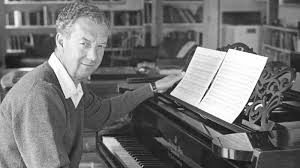 Benjamin Britten was a fine pianist, yet he wrote relatively little for the instrument. This piece was originally composed as a set piece for the Leeds International Piano Competition. Relatively simple on the page, it requires control and imagination to bring this atmospheric miniature to life. The middle section is full of night-time rustlings and the chirruping of birds. It’s a very satisfying piece to play and audiences always enjoy the narrative of the music. 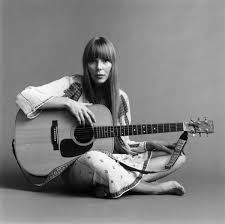 I rarely listen to pop music but this is one of my all-time favourite pieces of music in any genre. The lyrics seem simple at first, but in fact this is a profoundly retrospective, thoughtful meditation on the frailty of life. The simplicity of the melody and clarity of Joni Mitchell’s voice bring a tender poignancy to the song.

Who cannot love Peace Piece, Bill Evans’ riff on Chopin’s Berceuse, with its simple ostinato bass and increasingly filigree right hand figurations? Evans, a jazz pianist by profession, was classically-trained and his fondness for and mastery of classical repertoire (including by Bach, Chopin, Scriabin, Rachmaninoff, Ravel and Debussy) gave him extraordinary expressive freedom and inspired some of his greatest jazz innovations, including Peace Piece. Playing it can feel like a meditation, where time stands still – something an audience will sense too when the music is played well. It needs accuracy and attention to detail but also a willingness on the part of the performer to stand back and let the music exist in the moment of its creation. 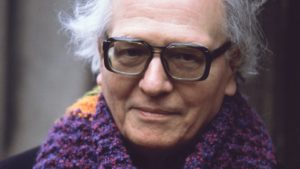 I like all of the Vingt Regards, and also Messiaen’s Preludes for piano, but this, the first Vingt Regards, is a particular favourite. It shares some of the meditative qualities of Peace Piece, and also utilises repeating motifs. Its lush harmonies are redolent of French salon music, but played at such a mesmerically slow tempo it becomes timeless and hypnotic. 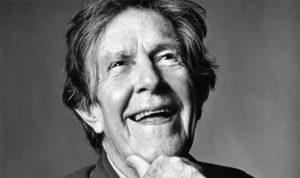 A piece in which the performer is directed to remain silent for 4 minutes and 33 seconds made American composer John Cage famous – and infamous. His 4’33” is as much a piece of conceptual art and a profound musing on the nature of silence as it is a piece of music: through it, Cage challenged traditional notions of what constitutes music, performance, a concert and above all, silence…