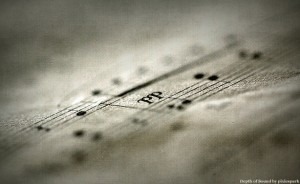 Music is a beautiful yet complicated creation. For learners, the initial focus ought to be on the technical side. Upon the mastery of the basic skills, however, it is the sensational aspect that the musicians have to observe in detail. What was the background of the piece? What were the intended feelings and meanings? These questions might not be hard to answer if some research regarding the composition has been done; and yet the difficulty lies on the methods of expression. It is true that proficiency and feelings are symbiotic, but somehow the latter stands on a higher position, for music played with the best techniques without feelings sounds no mere than a performance by a robot without a soul.


Dismally in the concert the week before, androids had infiltrated and captured the stage. I entered the venue with certain expectation, upon watching the interpration of Carmen by Anna Caterina Antonacci – fancy, witty and sexy. The “drama queen” that night, per contra, was apparently out of the drama. Berlioz’s Les nuits d’été, set as a song cycle from Théophile Gautier’s poem collection La Comédie de la mort, is supposed to be brooding and intense, with a sense of thank to the extrication from the actuality. But Antonacci, despite delivering a slight bittersweet emotion in Le spectre de la rose, could never illustrate the recondite philosophy. All she managed to do was chanting the lyrics accurately, and perhaps giving the coughing audience a piercing look from time to time. And I, sitting in the concert hall, could feel nothing but numbness; it almost felt like I was turned into an automaton after such robotic performance.

Perhaps it is the problem of prospect. Perhaps no expectations should be brought to the concerts, so as to avoid the feeling of desperation afterwards. Perhaps I should try to forget the feelings of music, just like Morris Robert tried to forget his feelings of love?