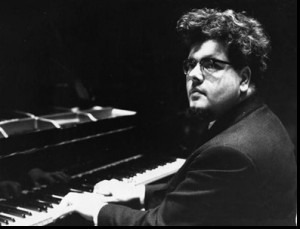 Nearly a decade ago, I acquired from Brenda Lucas herself some recordings and manuscripts of her late husband John Ogdon, the great British pianist who won the 1962 Tchaikovski International Piano Concerto jointly with Vladimir Ashkenazy. One of the recordings was a rare recording of Brahms’ first piano concerto with the American Symphony Orchestra conducted by the legendary Leopold Stokowski, who is well known for conducting without a baton and for his appearance in Disney’s original Fantasia.


This private recording of Brahms’ first piano concerto in d minor was made in New York in 1969 and was apparently the only collaboration of the two great musicians and the only recording of the work performed by either the conductor or the soloist. The performance was extraordinary in many respects and would have stood as a landmark in its own right, if only the commercial release was not halted by the fact that the two were signed by different recording companies.

It was recorded live with audience, but the entry of the soloist and the conductor was omitted, such that the listener might be turning the volume up when the roll of the timpani unfolded the epic concerto, which made it a surprise and all the more ominous. The dark unison of the strings with nervous trills set an excellent tempo, with a slow lilt that is appropriate for the compound time (6/4). Under Stokowski’s baton (figuratively speaking), the orchestra delivered the majestic sounds and stately poise that exactly matched Brahms’ marking for this movement: maestoso. Ogdon chose a contemplative tempo for the piano entry, but it soon led to the dazzling octave trills that showed the unmistakeable virtuosity of Ogdon. The tug of war between the pianist and the orchestra in the development section was heroic, culminating in the grand recapitulation. In the cadenza, Ogdon produced the impossible firework wherein each explosive octave passage unbelievably eclipsed the previous. Such was the display that the New York audience could not help but gave a round of applause before the second movement.

The second movement was introduced again by the orchestra. Contrastingly, the opening was expressive, soothing and almost religious. It grew and, superbly led by the clarinets, developed into a short-lived but poignantly beautiful middle section before returning to the first theme with a grand cadenza full of nocturnal peacefulness. Ogdon showed in this movement that he was not merely a formidable pyrotechnician, but a true musician with deep musical sensitivity, as displayed in the ethereal second theme.

The orchestra and the soloist did a fantastic job in the final movement, which was a rondo, a musical form that could be interpreted boringly all too easily. Every bit of it was exciting and full of poise, and nothing ever went out of control. Given the length of the concerto, it required giants like Ogdon and maestro such as Stokowski to keep every piston firing until the very last note, upon which the audience erupted into fervent applause and cheers with ‘bravo’ that would be echoed well into the 21st century. 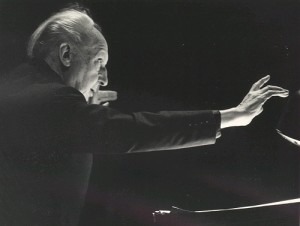 Despite having extolled the performance itself, I would not have called this my favourite recording if it was without that which made up the rest of the CD. What made this recording precious was the inclusion of excerpts from the rehearsal. Stokowski was a great conductor, and in common with many great people, it was his attitude that made him a great and highly respected man. From the rehearsal, one can have a glimpse of his professionalism and see how that drive for improvement led him to success.

At the age of 87, he was still able to pick up the minute deviations in the tuning of particular instruments in the orchestra, would adjust the subtle dynamics of different players to achieve overall balance, and would demand the orchestra that ‘rhythm must be like iron’. The listener of this recording could hear clearly how the orchestra, already of a decent standing, improved further following Stokowski’s instruction, and how individual members would demand themselves of extra quality when they knew that the conductor could hear all the nuances.

I conclude by quoting in full the wise words softly uttered by the grand master to the orchestra at the end of the rehearsal:

‘Every one of our concerts must be better than the last, always up and up and up. That means on your part: concentration, trying very hard, studying the difficult moments in your part. You know where they are, sometimes it is only one bar, but study that. When you practise, please practise slowly, difficult passages, slowly. Slow and perfect. Speed comes easily. Thank you.’ – Leopold Stokowski