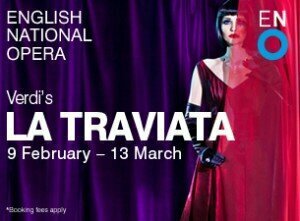 We are so used to the sound of opera aria sung in their native language that when we run across translated versions, we’re often stopped in our tracks. English National Opera in London is (in)famous for its presentation of all operas on its stage in English, no matter what the original language is. Accessibility is the key, but is it doing right by the composer and librettist when the text is translated?

Let’s listen to a few examples.

In Verdi’s La Traviata, the opening of the first scene is enlivened by Alfredo’s brindisi song, ‘Libiamo ne’ lieti calici.’ 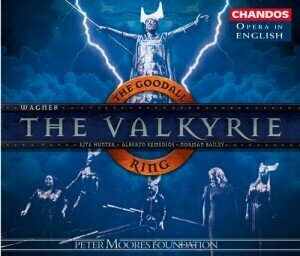 Serse (Xerxes), HWV 40, Act I: Frondi tenere e belle … Ombra mai fu, “Largo” (Jochen Kowalski, Xerxes; Carl Philipp Emanuel Bach Chamber Orchestra; Hartmut Haenchen, cond.)
Handel: Serse [Xerxes]: Act I, Scene 1: Arioso: Schattige Ruh’ (Fritz Wunderlich, Xerxes; Bavarian Radio Symphony Orchestra; Rafael Kubelík, cond.)
It may all come down to taste – do you want to hear Monteverdi in the original or do you want to hear it in a language that’s more familiar? What do you gain and what do you lose? Remembering that any opera involves a long and often cantankerous set of negotiations between the composer and the librettist, what happens when all of that is cast aside?