Composers Anecdotes
Extreme Danger! There is an Opera in Town
by Georg Predota January 22nd, 2019 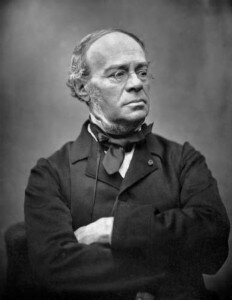 Fromental Halévy (1799-1862) composed roughly forty works for the Parisian state. And while La Juive of 1835 turned out to be his most successful work, Charles VI might be the most dangerous opera in the repertoire. Composed in 1843, it centers on King Charles VI of France, who suffered extreme bouts of insanity throughout his life. His reign was an endless mixture of palace intrigues, civil war and rivalry between great feudal lords. And as a result of his mental frailty, the Hundred Years’ War against England resumed, resulting in the famous defeat at the Battle of Agincourt in 1415, which in turn led to the English annexation of Normandy. First performed at the Académie Royale de Musique on 15 March 1843 the poet Théophile Gautier remarked, “it was an unimaginable array of helmets, breastplates, steel and gold armour, horses, banners and coats of arms.” 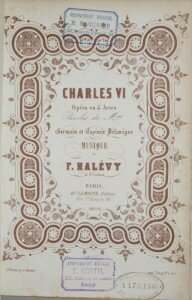 The opera was very short-lived, as it was quickly banned in Paris after its premiere. The spectacle of a weak king going insane was a little too close for comfort for contemporary Parisians as it resembled the reign of Louis Philippe I, who had ascended to the throne in 1830. The opera was shelved for 7 years, but by sheer coincidence, “on three successive performances someone in the audience dropped dead after the aria God Punish Him and Strike Him Low.” Given such ominous circumstances, the opera once more disappeared from the stage. Attracted by the strong patriotic sentiments presented in the opera, Napoleon III order the revival of the opera in 1858. However, “on his way to the theater, revolutionists threw a bomb at the imperial coach. Napoleon and the empress escaped uninjured, but there were many killed in the crowd.” As you might well imagine, the performance of Charles VI was canceled on that night, and the work never regained a foothold on the operatic stage. Make sure you check your health and your surroundings if ever Charles VI comes to a stage near you!