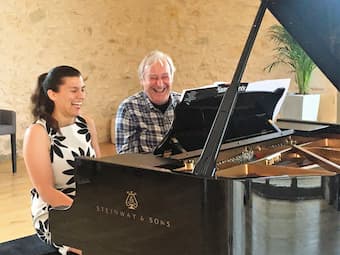 Alan Rusbridger, journalist and former editor-in-chief of The Guardian newspaper, gave us some fascinating insights into the world of the amateur pianist in his 2013 book ‘Play It Again’ – a world hitherto regarded by many as the realm of eccentric hobbyists and ‘Sunday Pianists’ note-bashing their way through Chopin and Brahms.

What Rusbridger’s book reveals is something quite different, and anyone who has attended a piano course or belongs to a piano club will have come across the exceptional amateur pianist, the one for whom “the distinction between the feats they can manage on the keyboard and that of an accomplished professional pianist is pretty negligible” (Alan Rusbridger). 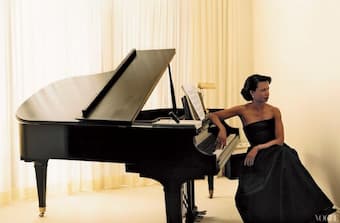 Who are these exceptional amateurs and how have they achieved a standard of playing which, if presented in a blind audition, would be indistinguishable from a professional pianist?

Perhaps the most obvious distinction between the amateur and the professional pianist is simply mercantile: the professional gets paid for their performances. Aside from this, there is no reason why an amateur pianist cannot achieve the dizzy heights of a professional standard of playing.

I’ve met a few exceptional amateurs myself, on piano courses and in my piano club. They are individuals whose playing one would happily pay to hear in concert, yet they have “day jobs”, perhaps the most famous being Condoleezza Rice, who served as US Secretary of State from 2005 to 2009, and who has played at Buckingham Palace for The Queen. Then there is British-Australian pianist Paul Wee, a barrister by day, with two acclaimed discs to his name, including one of Alkan’s notoriously challenging Symphony for Solo Piano and Concerto for Solo Piano, works which require an exceptional level of technical and artistic executive function, and certainly not the repertoire one would normally associate with an amateur player.

But here’s the thing: amateurs can and do play repertoire like this, and the fact that they do debunks the notion that amateurs are cack-handed dilettantes. We know exceptional playing when we hear it – and being “exceptional” does not necessarily mean the ability to play the most demanding, virtuosic music. What distinguishes these people from other amateur pianists, what makes them truly exceptional, is their ability to play at and maintain this level, piece after piece, performance after performance. 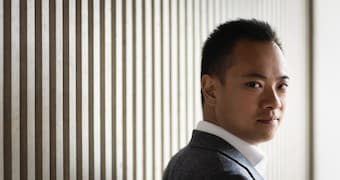 “Aspiration is everything” says Julian, an amateur pianist friend of mine who plays at an extremely high level of both technical and artistic fluency. But surely the ability to play at such a level goes beyond mere aspiration: we can all aspire to play the Bach-Busoni Chaconne or Gaspard de la Nuit, or any of the other high Himalayan peaks of the repertoire. But only a handful of amateurs can do so convincingly and, more importantly, consistently.

Some exceptional amateurs have had a formal musical training – this is true of Condoleezza Rice and Paul Wee – a training which ingrains in them good practice habits, how to practice efficiently and deeply, and an appreciation that one must ensure the foundations are in place on which to build technical and artistic assuredness. This includes selecting appropriate repertoire, and listening and studying around that repertoire to broaden one’s musical knowledge and place the music in the context in which it was written.


Commitment and time management are also crucial for the exceptional amateur (as it is for anyone who wishes to improve their playing). Music is “always something I’ve made time for” says Paul Wee in an interview for Gramophone magazine. Other exceptional amateurs to whom I spoke when researching this article said the same thing, that making time to practice is crucial. For many, this means a regular daily (if possible) practice regime. Paul Wee admits that he blocks off several weeks to devote to his piano playing and that he is lucky that his job as a self-employed barrister allows him to do this. He also points out that this approach to practicing is often used by professional players who, because of concert and touring schedules, may not have the luxury of a daily practice regime.

While many exceptional amateurs have had a formal musical training, they have chosen a different career path while keeping music as a significant part of their life. I think this goes beyond merely “playing for pleasure”; as mentioned above, one must be willing to commit to the task and adopt the ethos of continuous improvement, with an openness to new ideas and a willingness to put one’s ego to one side, rather than wanting to “prove oneself”. But amateurs enjoy considerable freedom too: they are not bound by concert diaries, the demands of agents or promoters, and they can choose when to be exceptional – unlike the professional who is judged on every performance they give and who is under pressure to be exceptional all the time.

Is there really a difference between the exceptional amateur and the professional pianist? No – because they are both pianists and the same technique, musicianship and artistry applies.