In Tune Society
Eating through the Ears
by Georg Predota September 10th, 2014 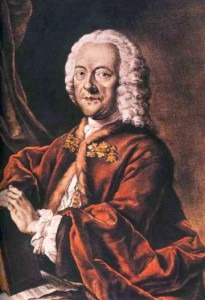 When I get back to Hong Kong next week, I am very much looking forward to a special lunch. An internationally renowned chef has opened his own restaurant! I can already tell you that the food will be beyond delicious and the service impeccable. Although the menu, ambiance and service details are settled, there might still be a number of open questions regarding music in the eating environment. We’ve all been told that listening to music while eating is related to increases in people’s food intake and meal duration. Clearly, the sense of smell, taste buds, texture and presentation are of fundamental importance. However, it appears that music is one of a set of environmental factors that greatly influences food and fluid intake.

The combination of paring fine dining and music is hardly new. German “Tafelmusik” and the French “Musique de Table,” which literally translate into “Table music,” designate a type of musical composition that originated in the 16th and 17th centuries. Rather than being at the center of attention, it functioned as background music for banquets, garden parties, weddings or birthday celebrations. Generally, these compositions, either instrumental, vocal or both— emphasized a light musical texture, charming melodies and simplicity of form that did not attempt to compete against the clattering of dishes and the chattering of guests. The most celebrated collection of “Tafelmusik” was fashioned by Georg Friedrich Telemann (1681-1767) in 1733. Telemann, who ranks as one of the most prolific composers of all times, composed several volumes of “Tafelmusik” to satisfy the demands of the highly educated merchant elite in the port city of Hamburg. As a general rule, if you come across a classical composition labeled “Divertimento,” “Serenade,” “Cassation,” or sometimes “Notturno,” it was almost certainly intended to serve as dinner music.

The attentive reader will have noticed that the 17th-century educated diner valued certain musical characteristic alongside his charbroiled roast beef. Dinner music had to be light, charming, melodious, and entirely functioning as unobtrusive background entertainment. Makes you wonder how much has actually changed over the last 300 years? A number of food gurus apparently had the same thought, and decided to set up a musical eating experiment. Hungry diners were invited for a free restaurant meal, but had to agree to complete a detailed questionnaire on their dining experience. Researchers finely controlled background noise and music levels, and each table in the identical restaurant setting was subjected to small variations of volume and musical style. The results were unanimous, as food apparently tasted better when served with quiet classical music and just a hint of background chatter. The study also found that silence, loud music or excessive environmental noise—beyond 70 decibels—significantly decreased the enjoyment of eating.

The seasoned and educated Hong Kong diner will rightfully view the results of this study with a good deal of suspicion, as the ambient environmental noise in most local restaurants rarely drops below the decibel level needed to accelerate an aircraft carrier into orbit. We also learn little about matching the ethnicity and style of food with particular genres of music, something that Telemann certainly did not have to worry about. After glancing over the available studies and sampling the history of music on this subject, what kind of advice could we offer the new Hong Kong Restaurateur, assuming that we are talking about exceptional French cuisine in a contemporary setting? For one, it might be best to present instrumental selections, as the human voice naturally demands attention. Vocal selections in a language that is not understood are somewhat less distracting, but as a rule, it is preferable to stick with small instrumental ensembles. It may or may not be important to keep a stylistic consistency, but there is no place for radio or packaged deals from a distant corner of the galaxy to dictate individual programming needs. The most difficult aspect of having music in a restaurant is to set the right volume. “Ideally, the music should allow ordinary conversation to be heard without any strain, but it should be loud enough so that if you stop talking for a moment you can easily tell that it is playing.” In most fashionable and high-class Tokyo restaurants mobile phone conversations have to be conducted in a dedicated lounge area or away from the premises, thus providing for a comparatively noise-free eating experience with lots of Mozart as background music. Since this is a culturally agreed and socially enforced contract, it is highly doubtful that this aspect of Japanese culture will ever be imitated in Hong Kong. However, you would certainly be justified for publically stating, “Excuse me, but I am eating through my ears.”