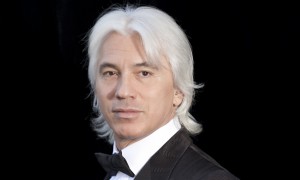 Affectionately known as “Dima” to his family and closest friends, Dmitri Hvorostovsky commanded the operatic stage with his smoldering good looks and one of the most distinctive voices of his time. His velvety yet dark-grained baritone timbre, seamless legato and immaculate breath control propelled him to super stardom within the international opera community. His distinctive sound, combining Russian melancholy and Italianate lyricism allowed him to command the stage; as did his heartthrob presence and a mane of prematurely white hair! According to soprano Renée Fleming, “there have been many beautiful voices, but in my opinion none more beautiful than Dmitri’s.”

Originally, however, Hvorostovsky hailed from the harsh social environment of Krasnoyarsk in central Siberia. As a teenager, he barely managed to escape the clutches of local street gangs and alcoholism. Hvorostovsky certainly had musical talent, and he attended music school in the afternoons and evening, and eventually found his way to the Krasnoyarsk Conservatory, where he studied with Ekaterina Yoffel. He graduated in 1986, and a couple of years later made his first international appearance by winning the Concours International de Chant competition in France. He catapulted to prominence by winning the 1989 Cardiff Singer of the World competition, narrowly beating the young bass-baritone Bryn Terfel. The very next day he had a recording contract in his pocket, and in short order sang in Nice, Amsterdam, Barcelona, Venice and London. 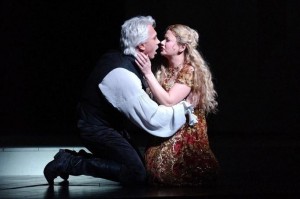 By carefully studying a number of recordings, Hvorostovsky taught himself the principles of the Italian bel canto tradition. But it was his native Russian repertory, including Tchaikovsky’s Eugene Onegin and The Queen of Spades that would define his later career. Excessive drinking and being “far too arrogant and categorical with directors” contributed to the breakdown of his first marriage and stalled his career, yet once he revived his fortunes he sang to great success in virtually all the major opera houses of the world. Always self-critical and highly empathic with the psychological dilemmas of his characters, he “offered a baritone of unparalleled beauty.” In 2015 Hvorostovsky announced that he was suffering from a brain tumor and underwent treatment in London. He managed to give a couple of emotional performances during breaks in therapy, but in November 2017 he lost his battle with cancer. While his untimely passing is a devastating loss to the artistic community and to audiences worldwide, his recorded legacy provides a lasting testament to one of the greatest voices of our time.