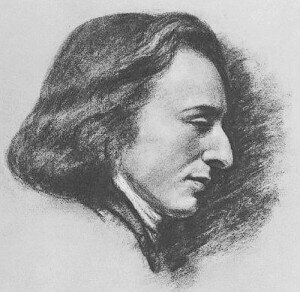 The Polish pianist Theodore Leschetizky (1830-1915) gave his public debut at age 9. He performed a Concertino by Czerny in the city of Lemberg, with the orchestra directed by Franz Xaver Mozart, the youngest surviving son of Wolfgang Amadeus. After studies in Vienna, Leschetizky settled in St. Petersburg, and his good friend Anton Rubinstein eventually invited him to become head of the piano department of the St. Petersburg Conservatory. He retained this position until his return to Vienna in 1878. 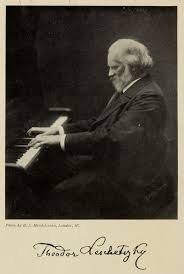 Primarily remembered as one of the great teachers of the 19th century, Leschetizky was a man of the world who entertained Liszt, Rubinstein, Brahms, Tchaikovsky, Grieg and Massenet in his house. In addition, he composed two operas and over a hundred piano pieces, among them the Contes de jeunesse (Tales of Youth), Op. 46. The set consists of nine character pieces for piano. We find, among others, a minuet in the style of Mozart, and a toccata modeled after Carl Czerny, Leschetizky’s former teacher. The “Gavotte all’antica” pays tribute to the manner of Bach, and the “Fantasiestück” predictably elicits the deep romantic feelings of Schumann. The suite ends with a delightful mazurka-style waltz titled “Hommage à Chopin.” It is dedicated to his compatriot Ignaz Paderewski, one of the great interpreters of Chopin’s music. 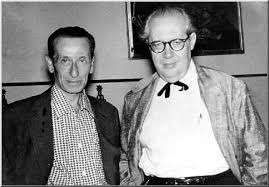 The music of Aleksander Tansman (1897-1986) is deeply rooted in Polish culture. Born in Lodz, he eventually settled in Paris among the leading artists of his time. He expressed his Polish heritage in music by composing “more mazurkas, polonaises and obereks than almost any other composer after Chopin.” This indebtedness to Polish dances and rhythms unmistakably surfaces in a variety of works inspired and dedicated to Chopin. Tansman met the extraordinary guitarist Andres Segovia in Paris, and he was immediately fascinated “by his musical personality since the first contact I had with his art. I am proud to have been among the first young composers to compose a work for him…and our collaboration has never stopped.” Among a whole host of exceptional works written for Segovia, we find the Hommage à Chopin from 1969. A couple of years earlier, after receiving a “Ballade” from Tansman, Segovia wrote, “There is another thing I want to tell you, what do you think of the idea that proposes you to pay tribute to Chopin? Beginning with a Prelude, a lyrical Nocturne and a Waltz, and the last piece would be the Ballade.”

Ferruccio Busoni (1866–1924) was one of the great champions of Frédéric Chopin’s music. Yet as an interpreter, Busoni brought an avant-garde approach to earlier repertoires, fiercely attacking the conventions of Chopin interpretations. Busoni rebelled against the prevalent sentimental style of interpretation associated with a supposedly effeminate Chopin, and stripped his music of all Romantic elements. “Even his staunchest admirers had trouble appreciating his unprompted repeats of measures or structural wholes in the preludes or etudes, his changes in register, and his overly intellectualized approach.” According to eyewitnesses, when the Polish pianist Ignace Tiegerman attended a Busoni recital, he could not accept Busoni’s manipulation of Chopin and stormed out of the hall. In 1884/85, Busoni composed a set of Variations and Fugue in Free Form modeled on Chopin’s C minor Prelude. Brimming with overt virtuosity, Busoni revisited the work in April 1922 and decided to make substantial changes. In line with his mature aesthetic, he compressed and re-wrote the entire set and added an introductory fugato. Initially, he reduced the number of variations from 18 to 10, and even dropped the “Fantasia” for the second edition of 1925. 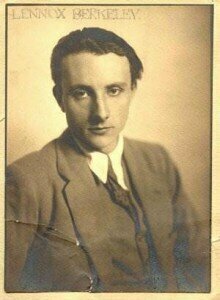 Sir Lennox Berkeley (1903-1989) came from an aristocratic family. His grandfather was George Lennox Rawdon, Seventh Earl of Berkeley and Viscount Dursley, who married Cecile, daughter of Edward Drummond de Melfort, from a family of French and Scottish origin. Initially studying in Oxford, he became friends with Fauré, Ravel and Poulenc. In fact, when he showed Ravel some of his scores in 1926, it was suggested that he should go to Paris to study with Nadia Boulanger. And so he did, making Paris his home until 1932. Most of his early work written for Boulanger has disappeared, but this period of study gave rise to an expressive melodic style that was usually rooted in tonality. He greatly admired Mozart, and musical portraits of Frédéric Chopin appear in a number of his works. His “Hommage à Frédéric Chopin” consists of a set of Three Mazurkas. The first Mazurka actually dates from 1939, with the remaining two originating from the UNESCO invitation in 1949 to commemorate the centenary of Chopin’s death.