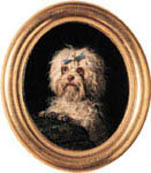 Once Giuseppe Verdi and Giuseppina Strepponi had fallen in love, things got rather complicated. This is hardly surprising amongst professional people as it can be rather challenging to balance career and love. Strepponi had ended her singing career and established a highly successful singing school in Paris. She was delighted to call Paris her home, and thoroughly enjoyed the cultural and culinary splendors of the city. Meanwhile, Verdi was considered the greatest living Italian opera composer of his time, and his professional engagements saw him crisscrossing Europe.

For some inexplicable reason, Verdi decided that they should set up house in the Villa Sant’Agata near the town of Busseto, the home of Verdi’s first wife Margherita, who had tragically died at the tender age of twenty-seven. But what is more, Giuseppina came to Busetto as Verdi’s mistress and not as his wife. The good people of Busseto were outraged! Everybody knew of her previous affairs and her children born out of wedlock, while Margherita’s memory was held in almost iconic reverence and devotion.
Nobody really knows why Verdi brought her to Busetto, but we are fairly sure that Giuseppina was pregnant once more. In May 1850 she gave birth to a boy called Giuseppe, and it’s not terribly hard to guess who the father was this time. However, since the happy parents were not married, the little bundle was unceremoniously abandoned at the Ospidale Maggiore in Cremona. This practice of depositing unwanted children at local nunneries was fairly widespread throughout the Italian peninsular. Once night fell, newborns were placed on a wooden turntable under a wall so that the nuns collecting them never saw the depositors. Documents were falsified and payments and donations were rendered to keep the nightly deposit a secret. Unfortunate baby boys were often castrated and later served as so-called “white voices” in children’s choirs; some even became famed castrati. In October 1851, Giuseppina and Giuseppe made another deposit at the Cremona nunnery. This time it was a little girl with the name “Santa Streppini.” The nuns quickly changed her name to Santa Stropellini, and she was put up for adoption. Apparently she ended up with a local couple that owned a farm adjacent to Verdi’s land. Rumors were rife that the couple had addition children out of wedlock, but we will probably never know the exact number. 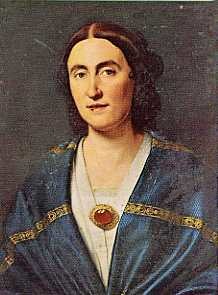 There are several reasons why Verdi, at least initially, did not take Giuseppina to be his lawfully wedded wife. For one, it would have made him financially responsible for all her previous children. He also very much liked his freedom, because as his wife, Giuseppina would have been able to travel with him openly. As his mistress, she had to stay at home. And unlike Paris, where the temptations of the flesh would have been everywhere for a retired prima donna, Verdi must have felt secure knowing she was guarded by the jealous and righteous folks of Busseto. But things of the heart can’t be avoided forever, and so it came to pass that Giuseppe married Giuseppina in a private and secret ceremony in a village church at Collonges in Savoy, which was then part of the unofficial kingdom of Italy. Although Verdi showed himself irritable to excess, Strepponi felt overwhelmed by love and gratitude. She wrote in her diary, “I wanted to become a new woman and respond worthily to the honour he has giving me in making me his life’s partner, and in order to be perfect he only lacks a little more gentleness and charm.” Her devotion to her husband and her husband’s work became almost legendary. In a letter dated 5 December 1860 she writes: “I swear – and you will not find this hard to believe – I am often amazed by the fact that you know music! Even if this art is divine and even if your genius may be worthy of the art it professes, the formula that fascinates me and that I adore, in you, is your personality, your honour, your indulgence towards other people’s mistakes, though you are very demanding of yourself. Your charitableness so full of reserve and mystery, your proud independence and your childlike simplicity, a quality, this naturalness, that has been capable of conserving the untamed purity of ideas and of feelings midst the human sewer. Oh my Verdi, I don’t deserve you! Your love for me is charity, is a balm for this heart, which, sometimes, is very sad despite its falsely cheerful appearance. Keep loving me! Love me after I die, so that when I stand before Divine Justice I will have the wealth of your love and of your prayers, oh my Redeemer!” She told Verdi that there would be “no children, since God, perhaps, should punish me for my sins in depriving me of any legitimate joy before I die.” Their family life was subsequently enlivened by the presence of several pets, including the cocker spaniel Lulù. When Lulù died the couple built him a tomb in the cemetery of Santa Agata with the epitaph reading, “In memory of a true friend”.

They did adopt a child and heir in 1868, but by then Verdi’s attention had began to divert to the Bohemian soprano Teresa Stolz; more about that in our next episode.