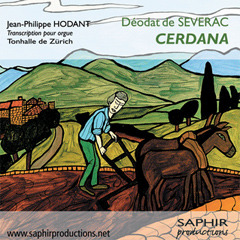 
The Cerdana cycle was initially composed for piano, it draws a picture in five acts of the frontier region between France and Spain where the composer lived.

The slow introduction that opens the cycle in In Tartan reveals a sudden appearance of the Cerdanian landscape, full of harmonic colours and scents.